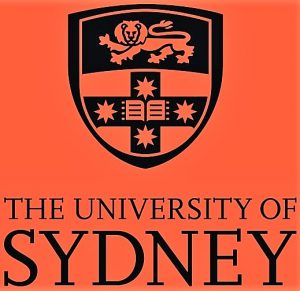 The University of Sydney (USYD) has assured to “seriously” look into an article in its student newspaper “Honi Soit” after Hindus protested calling it “unnecessarily disparaging and trivializing Hinduism”.

Dr. Michael Spence, Vice-Chancellor & Principal of USYD, in an email to distinguished Hindu statesman Rajan Zed, who spearheaded the protest, wrote:…I appreciate that this article has caused you distress and has potentially upset other members of the Hindu community…Any form of religious vilification or discrimination – language, imagery or behaviour – is unacceptable on our campuses, and I want to reassure you that the University will consider this matter seriously…I have referred your complaint to the University Registrar and Academic Director, Professor Peter McCallum. The Student Affairs Unit will keep you informed about the progress of this complaint.

Zed, who is President of Universal Society of Hinduism, in a statement in Nevada (USA) today, thanked USYD and Dr. Spence for understanding the concerns of Hindu community, which thought that it was highly inappropriate and insensitive for the newspaper of a public research university to blatantly belittle Hinduism, world’s oldest and third largest religion with about 1.2 billion adherents and a rich philosophical thought.

Rajan Zed had earlier indicated that a university, funded by tax dollars and student fees (many of whom were Hindu), should not be in the business of callously promoting dismissal of traditions, elements and concepts of “others”; and deriding entire communities.

Such an unwarranted and twisted misstatement, caricaturing and misrepresenting a religion revered by many, coming out of a public educational institution; was really shocking for the hard-working, harmonious and peaceful Hindu community; which had made lot of contributions to Australia and society in general; and continued to do so; Zed had stated.

Is this how Australia’s first university USYD founded 1850, which claims to regularly rank “in the world’s top 50 universities”, accomplishes its slogan “We make lives better”; Rajan Zed wondered.

Zed had said that Hindus were for free speech and artistic expression as much as anybody else if not more. But faith was something sacred and attempts at trivializing it hurt the devotees.

Rajan Zed had also urged USYD and its Student’s Representative Council to re-evaluate its systems and procedures and send “Honi Soit” editors for cultural sensitivity training, so that such an inappropriate stuff did not slip through in the future.

This article, dated October 22, in the Culture section of “Honi Soit”, described Hinduism as a 200-year-old invention. Weekly “Honi Soit” claims “Quality student journalism since 1929”, boasts itself as the “most vibrant and prestigious student publication in Australia” and seeks to be “counterpoint to the racism that plagues the mainstream media”.

Hinduism is one of the fastest growing religions in Australia, and according to 2016 census, formed 1.9% of the country’s population numbering at 440,300.