Presidential Election: Violence in many parts of the US; Arrest and seizure of ammunition 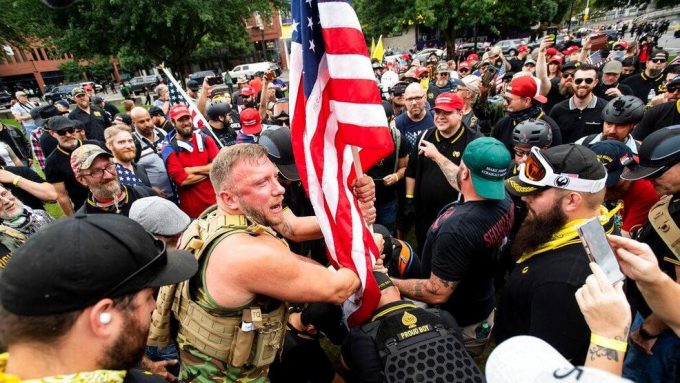 Washington: Violence erupted in many parts of the country after the results of the US presidential election became uncertain. Police arrest 11 in Portland. Firecrackers, hammers and guns were seized from the protesters.

Police in riot gear stormed a rally on Wednesday, removing hundreds of protesters by truck. Supporters of Democratic nominee Joe Biden have been staging small and peaceful demonstrations in US cities. Republican candidate Donald Trump, who claimed victory, has called for a halt to ballot counting.

Four people have been arrested in clashes with police in Denver. The protestors blocked the traffic police and then miniyapealisilum. Activists rallied in Atlanta, Detroit and Auckland to demand an uninterrupted vote count. ‘Protect the Result’, a consortium of more than 165 organizations, has planned more than 100 events across the country until Saturday.