Hindus push for public holiday on Diwali in KwaZulu-Natal 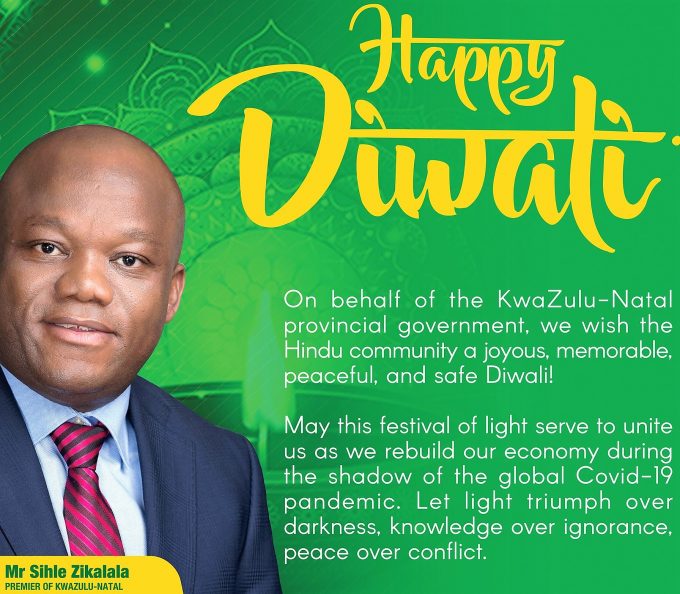 Hindus are seeking public holiday in the South Africa’s province of KwaZulu-Natal (KZN) on Diwali, the most popular of their festivals; starting 2022.

Distinguished Hindu statesman Rajan Zed, in a statement in Nevada (USA) today, said that it was not fair with KZN Hindu community as they had to be at work on their most popular festival while there were public holidays on other religious days.

Zed, who is President of Universal Society of Hinduism, suggested that KZN Provincial Government needed to revisit its public holiday policies as KZN was a multicultural society. He urged KZN Premier Sihle Zikalala and Director-General Nonhlanhla O. Mkhize to seriously examine this issue of fairness.

Zed noted that awareness about other religions thus created by such holidays like Diwali would strengthen cohesion and unity in the overall KZN citizenry and make them well-nurtured and enlightened citizens.

As an interfaith gesture; Rajan Zed urged leaders of other religions/denominations active in KZN to come out in the support of Hindu brothers and sisters for Diwali holiday. He also sought the blessings of His Majesty Zulu Monarch Goodwill Zwelithini kaBhekuzulu and eThekwini Municipality Mayor Mxolisi Thomas Kaunda for this cause.