US Election: Counting begins again in Wisconsin on Trump’s petition 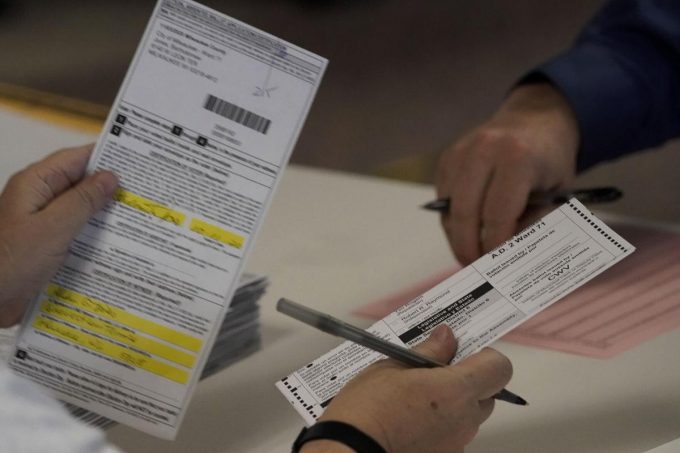 The Wisconsin Election Commission approved the issuance of an order Thursday to begin the re-count late Wednesday. For this, the outgoing US President Donald Trump had filed a re-count petition to return to two of Wisconsin’s largest counties, paying the required $ 3 million.

They alleged that they were the centers of the worst irregularities, although no evidence of illegal activity has been presented. Recruitment in the Milwaukee and Dane counties will begin Friday and may run until December 1. Here Democrat candidate Joe Biden received 5,77,455 votes compared to Trump’s 2,13,157.

At the same time, Trump has now begun to focus on election boards certifying votes, as part of Joe Biden’s attempt to reverse the election. Trump and his colleagues do not want to let uncertain doubts about the counting of votes be eradicated. This war focuses on the states that were important in terms of results and that sealed Biden’s victory.

This will be the end of democracy: experts

Joshua Douglas, a professor of law at the University of Kentucky, said, as we know … this will be the end of democracy. Two Republican election officials in Michigan refused to certify the results despite initially finding no evidence of disturbances in the state’s largest counties. Despite this, what happened on Tuesday and Wednesday in Wayne County, Michigan is an indication that the election process of November 3 can be put in the way of a nation working in the process of confirmation. In Arizona, officials in a rural county are blocking the matching of votes.