The Unjust and Inequitable Society of India 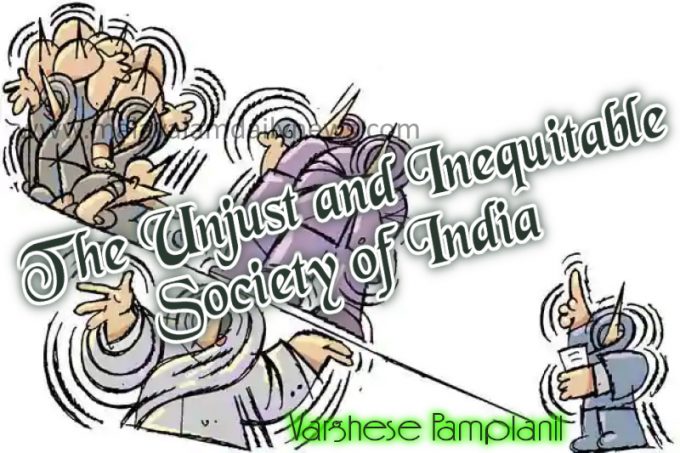 The November 2020 issue of Pax Lumina paints, in Van Goughsur realistic graphics, the pitiable and miserable conditions of manual scavengers, condemned to exist, shunned and ridiculed, outside the perimeter of Indian society.

What more this old man’s tired eyes has to see and endure is a personal existential issue. In the larger landscape, my dilemma is of no significance orconsequence, compared to the suffering of my kins carrying the same genes as mine. 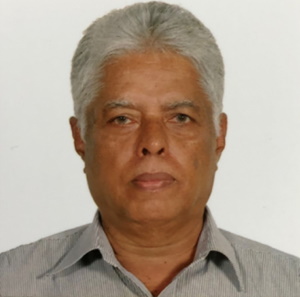 To my limited understanding, the egalitarian way of life had prevailed only in the hunter-gatherer societies, the Paradisiacal world—the Garden of Eden—nostalgically recalled and kept in the recess of folk memory. In this way of life, food could be gathered from the surrounding without much effort; kill and feed on small creatures, survive on the meat left uneaten by carnivores beasts; cover themselves with leaves and barks, take shelter in caves to escape from the hostile elements of nature. There was no restrictions on mating, no elaborate ceremony of pair bonding. Life was short and uncertain for the puny human.

The humans are believed to have turned to settled way of life by cultivation of crops, around BCE12,000, in the fertile alluvial soil of the marshy land in the delta at the confluence of Euphrates and Tigris rivers in Mesopotamia. The social order underwent a paradigm shift thereafter. All hands were not required for growing crops — even surplus food grains— for lean months.

In this milieu emerged the leisure class — kings and priests, quite often priests and kings playing duel roles. For the protection of the people from real or imagined threats from outsiders, the soldier class emerged. The tillers of the soil, the heavers of wood and the drawers of water, in other words, the toiling class, were pushed to the bottom rung of the society and got marginalized.

The leisured class enjoyed more power, prestige, wealth, privileges, material comforts and access to women of their choice for sexual satisfaction. They had the time too, to engage in the speculation of the meaning of matters unknown, and pursue fine arts and similar things. The shamans created their gods and devils, heaven and hell. They also claimed to be privy to hidden and unknown forces and the ways to tackle them. Religion emerged with hoodoos, mantras, sacred literature, litanies and nostrums, prayers and all that rigmarole.

Humans like other creatures fight for food and mates; men prefer females with good physical features and child bearing capacity as well as pleasing to the eyes. The kings and priests had the pick of the lot; some have many women even now at their disposal for sexual pleasure.

The human has evolved with “selfish gene”, a pre-requisite for survival in a world of limited natural resources. In the ultimate analysis, altruismis generally driven by self interest; the altruistic expects reciprocal gestures in kind and deed. The feel good factor is a heady feeling. By and large, people crave for society’s good opinion, its recognition and respect. Selflessness, per se, is a rare phenomenon.

The human story in a nut shell

According to Yuval Noah Harari, all of us share the common genes of humans evolved in Africa 2.5 million years ago; the humans spread from Africa to Eurasia2 million ago; branched out to different human species; 500,000 years ago Neanderthals evolved in Europe and the Middle East; 200,000 years ago Homo sapiens emerged in East Africa. Cognitive revolution happened 70,000 years ago; so also fictive language. As a sequel history began to take shape; Sapiens spread out of Africa during the same period. Extinction of Neanderthals around 30,000 years ago.

The obvious conclusion, we all are of mixed gene — mongrels — there is no pure blood Aryan master race, Herrenvolk. Accident of birth makes us what we are.

The caste system in India

Caste is a form of social stratification characterized by endogamy, hereditary transmission of a style of life which often includes an occupation, ritual status in a hierarchy, and customary social interaction and exclusion based on cultural notions of purity and pollution. Its paradigmatic ethnographic example is the division of India’s Hindu society to rigid social groups, with roots in India’s ancient history and that persist even today.

The origins and affinities of the 1.3 billion people living in the subcontinent of India have long been contested. This is owing, in part, to the many different waves of immigrants to India influence- ing the make up of its genetic structure. The most recent of these was the wave of the Indo-European-speaking people from West Eurasia to this land. The contemporary Indians are primarily West Eurasians migrated from the Near East, Anatolia and and even the Caucuses, 3000 to 8000 years ago. These nomadic migrants may have consolidated their power by admixing or replacing the native Dravidic-speaking proto-Asian populations who had been controlling regional access to land, labour and resources. In course of time, the migrants established the Hindu caste hierarchy to legitimize and maintain their power. It is possible that they might have established the Hindu caste system and placed themselves in castes of higher rank. It is also plausible that these West Eurasians appointed themselves to castes of higher rank predominantly.

Genetic studies have revealed that people of upper-castes exhibit higher frequency of West Eurasian haplogroups than the Asiatic descendent population. The Dravidians genes are of more of Asiatic types. The origin and dispersal route of the aboriginal inhabitants of the Indian subcontinent is not clear. They could be part of the Great Dispersal out of Africa around 70,000 years ago.

Historically, the Brahmins of India have had the best of everything. They continue to be the custodians of mantra and tantra; the gods are in their pockets, they used to posses vast tracts of land. Being better educated they used to monopolize the high positions in government. Lower down caste Hindus looked at the Brahmins to be very intelligent; used to offer their sisters and daughters for getting intelligent progeny.

The backbone of Sangh Parivar is Brahmins, Kshatriyas and the merchant class Vaishyas nexus. The Untouchable are pushed out of the main stream of Indian social order and compelled to eke out a living by doing the most degrading types of work such as manual scavenging of human excrement on their bare heads without any sanitary protection, forced to skin dead animals; shunned and demeaned. They cannot draw water from wells used by upper classes, right of way in public thorough ways, denied of admittance to government run schools, their young women are molested and raped by the upper castes routinely; the culprits are often encouraged and abetted by the so called guardians of law; very seldom punished. The Untouchables are denied of right of way. They live in hovels without sanitation facilities. The Untouchables are ignorant and highly superstitious, afraid of evil forces and the priestly class/shamans.

Armed revolt is not a viable option. The history of revolutions show that bloody uprising is like ridding man-eater tiger, ending up being eaten up by the man-eater. Large scales urbanization helps the breaking up of the shackles; hardly possible in India with highly congested metros with miserable infrastructure.