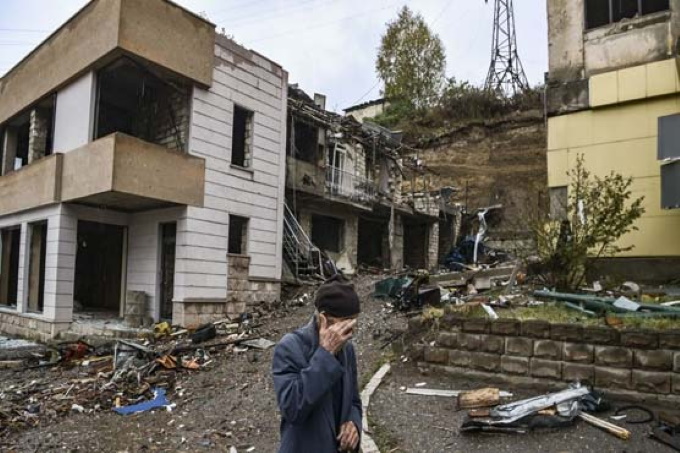 The incident occurred in a village in Fizuli district, a statement said.

“The mine was planted by the Armenian armed forces during their retreat,” the statement said, adding that it was an anti-tank mine.

The statement called the incident a “new type of provocation” from Armenia.

Running along the border with Iran, Fizuli was among the districts claimed by Armenian fighters in a 1990s war that saw separatists declare independence over the Nagorno-Karabakh region and several surrounding territories.

Azerbaijan recaptured Fizuli in renewed clashes over Karbakh that started in late September and continued for six weeks, claiming more than 4,000 lives.

The ex-Soviet rivals signed a Moscow-brokered peace deal on November 9, ending weeks of heavy fighting and documenting that Armenia will surrender to Baku several territories that were under separatists’ control for more than three decades.