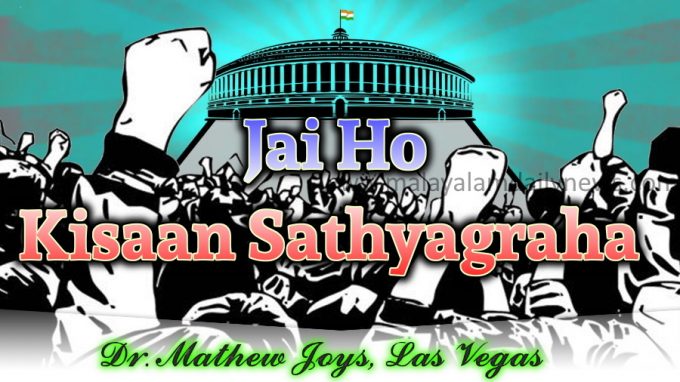 A huge applause and solidarity from the expatriate world to the Indian farmers. We the American Pravasees are declaring solidarity with the farmers who work in the fields for their livelihood, who provide us with food, and who are struggling for the economy of the country. Overall 53% of Indian population depend on farming and related activities.

While the farmers protests entering the third week and no light seen on the other side of the tunnel, farmer leaders have decided to intensify their agitation against the controversial farm laws enacted in September. Already 11 farmers have died in the last 17 days while protesting the new farming laws. Farmers feel that the government is adopting different tactics to snatch their land and harvest, and accused that the BJP government of becoming a “puppet in the hands of capitalists” and these legislations will make farmers “vulnerable to corporate greed.” 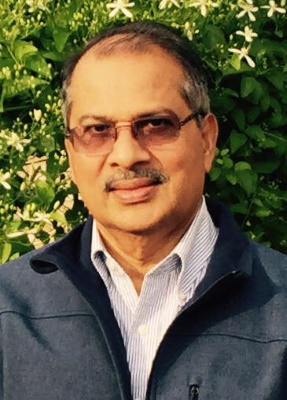 Delhi is a mess now, the Kisan agitation is the biggest protest of this decade. Thousands of Delhi Police and CAPF personnel deployed in that area, are doing commendable duties during harsh winter with full appreciation of work expected out of them. The protestors also plan to expand the demonstrations to a ‘pan-India’ scale, appealing all sections of society, including girls and women, to join them.

While farmers have made India extremely productive with their sweat and toil, the issue of profitability was always being sidelined because reforms in agriculture and agricultural markets never got priority. Despite economic liberalization in the beginning of the nineties, agriculture as a sector was left out.

Farmers are the backbone of India, and they fear that they will have to surrender to the mercy of some large scale monopolists.

Prime Minister Modi, as per his Beej se Baazaar Tak policy “all the interventions are aimed at helping farmers at every step.” The pro-farmer reforms have freed the farmers and agricultural economy from years of slavery. Now the farmers of India have got the freedom to sell their produce anywhere in the country. It is sure to ensure farmer welfare and revive the rural economy. These decisions have identified the farmer as a producer and his produce as a product.

If farmers want to sell within the Agricultural Produce Market Committee (APMC) markets, that will continue. APMC are biggest and cheapest wholesale markets and Minimum Support Prices (MSP) will also continue. So, the MSP acts as a safety net for farmers.

APMC market yards will be open for farmers to sell, they can also sell in outside the mandis. There will be competition to buy from farmers which means farmers have greater bargaining power to decide their price.

For every product and for every producer, all of India is a single unified market. Only farmers were denied this benefit of a massive market.

With these reforms, Indian farmers will now finally have the freedom to sell their produce to who they want and where they want and at price of their choice, an option denied to them until now.

Whether it is the decision to transfer money directly to the bank accounts of the farmers, MSP increases or the pension scheme for farmers, our focus has been to empower the farmers. Now, farmers are being helped to grow into a big market force.”

This last portion seems to be the most important cause for the agitation, it seems. So far the whole mandi transactions enjoyed the privilege of liquid cash and enough loopholes for black money.

Even though PM Narendra Modi assured them that his government was committed to their welfare and that the legislations were aimed at giving them alternate markets to boost income, the leaders running the agitations are not thinking of stopping the mass movement, unless the new farm law is withdrawn.

Haryana Deputy Chief Minister and BJP president Dushyant Chautala has said that the Center will come up with a solution to the farmers’ agitation within 24-48 hours. On Friday, Chautala had said that he would resign as deputy chief minister if the support price for agricultural crops was not guaranteed.

Our National President has already made it clear that MSP should be ensured for farmers. We are ready if the government wants to negotiate. But the first thing we will talk about is the removal of all the three laws, ” Joint Pre-Kisan Andolan leader Kamal Preet Singh Pannu told PTI. On December 14, agricultural leaders will fast at a venue on the Sigu border. The government should remove all three agricultural bills. We are not interested in the amendment, “he said.

Meanwhile, the Congress on Saturday accused the Modi government of branding every person opposing it a “Maoist” and an “anti-national” and urged the Centre to accede to the demands of the protesting farmers.”

India needs to be farmers-friendly, and we cannot survive without winning their hearts.India may be the worst country that protest and entertain long term strikes, by stopping all the work activities and destroying public properties. In the long run, we are susceptible to shortage of food in the warehouses, and in turn damaging the fertile land’s farming cycles.

According to Mahathma Gandhiji “Farmers have never been subdued by the sword, and never will be. They do not know the use of sword, and they are not afraid by the use of it by others….The fact is that farmers, the masses have generally used Satyagraha in their own as well as in the state’s matters.” (Hind Swaraj, Navjivan).

If there is no foreign vested interests exploiting the toiling farmers, let them win their legitimate rights.