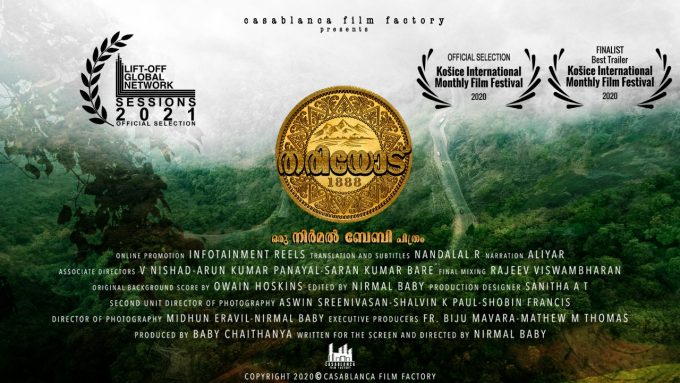 A documentary film “Thariode” directed by Wayanad based filmmaker Nirmal Baby Varghese has been selected for the official streaming on Lift-Off Sessions festival of the United Kingdom.

The festival is a Global Network that selects the films/Short films all across the world for their competition. The annual Live screening of the winning films will be held at the Pinewood Studios in the United Kingdom.

Currently, Nirmal is working on the post-production stage of his feature film titled Vazhiye. It is the first found-footage movie in Malayalam. All the actors are debutants and Hollywood music director Evan Evans is the composer for this film.