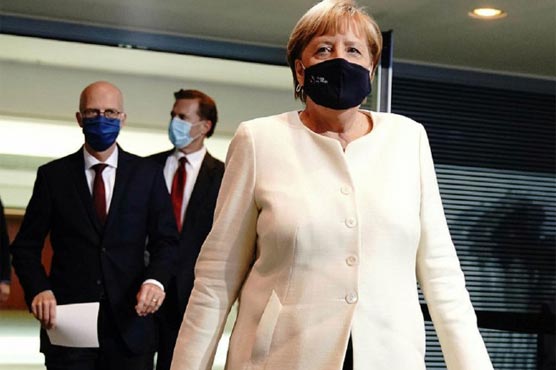 BERLIN (AFP) – The total number of Germany’s coronavirus deaths crossed 40,000 on Sunday, as Chancellor Angela Merkel warned that the coming weeks would be “the hardest” yet.

Germany recorded 465 deaths over the past 24 hours, the Robert Koch Institute for disease control said, raising the toll since the start of the pandemic to 40,343.

More than 1.9 million people have been infected so far, with almost 17,000 new cases added since Saturday.

In her weekly video message on Saturday, Merkel said the full impact of socialising over the Christmas and New Year’s period was yet to show up in the statistics.

She warned Germans that “these next winter weeks will be the hardest phase of the pandemic” so far, with many doctors and medical staff working at their limits.

Germany fared better than many other European countries during the first Covid-19 wave in the spring but it has been hit hard by the second wave.

The nation of 83 million people, the bloc’s most populous, has imposed another round of restrictions to limit social contacts and help hospitals cope with a surge in patients.

Germany has closed schools and non-essential shops, culture and leisure facilities until at least January 31 in hope of slowing the outbreak.

Like other EU nations, it started vaccinating citizens against Covid-19 in late December using the Pfizer/BioNTech jab.

More than half a million people have received the jab so far.

A second vaccine, developed by US firm Moderna, will join the rollout in the coming days.

Merkel acknowledged the vaccine campaign had got off to a slow start, “but the tempo will pick up”, she said.

“What’s important is that we can say: we will have enough of the vaccine available for everyone in Germany,” she added.

“Month after month we will inoculate more people and eventually we will be able to offer the vaccine to anyone who wants it.”

Merkel said the vaccines allowed for “justified hope” that the world could conquer the pandemic.

But she urged Germans to stay patient and said she was “firmly convinced” the current tough curbs on public life are “absolutely necessary”.

A survey by the Kantar research group for Bild am Sonntag newspaper found that 56 percent of Germans agreed with the latest measures to stem the virus spread.

Another 25 percent of respondents said the restrictions did not go far enough.

Just 16 percent said the rules were too strict.