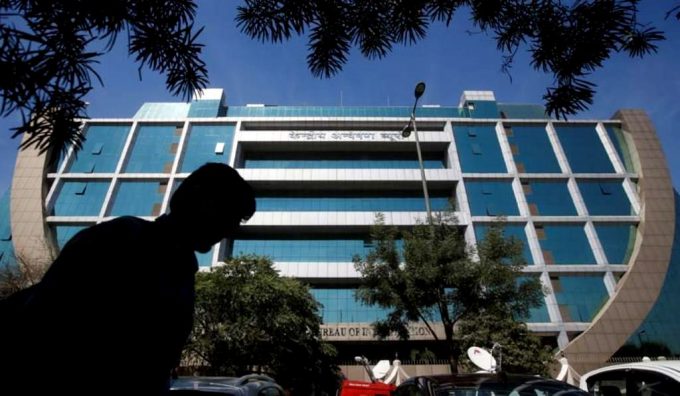 New Delhi: The CBI has registered a case against four of its officials for allegedly taking bribes to compromise in investigations against companies accused of cheating banks. These include two Deputy Superintendents of Police.

The case is related to CBI officials, some middlemen and some chartered accountants, on which the agency conducted a search operation on 14 other locations including its training academy in Ghaziabad, agency headquarters located at CGO Complex in Delhi on Thursday.

Officials said that the agency did not provide much information about the case, in which its own officials are under investigation for allegedly taking bribes from those companies accused of cheating banks.

An officer said that the CBI officers against whom the agency has registered a case include Deputy Superintendents of Police RK Rishi and RK Sangwan, Inspector Kapil Dhankhar and Steno Sameer Kumar Singh.

An uneasy situation arose when the agency searched the premises of the sage posted at the CBI Academy as future officers are prepared in this academy. Not only this, cadets from other countries are also trained at the state-of-the-art academy in Ghaziabad.

Apart from its officials, the CBI has also registered cases against many others, including lawyers. Cases have been registered against them under the relevant sections of the Indian Penal Code, Prevention of Corruption Act.

According to the report, one of the two Deputy Superintendents named in the case worked for a long time in the agency’s banking and securities fraud cell.

Suspected officials allegedly took bribes in a bank fraud case worth more than Rs 3,500 crore, including a Mumbai-based company. These officers are accused that they benefited the company in return for the bribe received every month and shared the details of the case.

Sources said that the officials were in contact with the promoters of the company and several middlemen who spoke on their behalf. The investigation was started on the basis of information received from a source, after which the special CBI unit monitored the phone calls of the suspected officers and found the allegations against them to be true.

According to the report, two years ago, the CBI had placed five officers of one of its anti-corruption units under suspicion in the case of providing financial help to the suspects being investigated by the agency.

Their names came to light in the year 2018 after a caterer raid at the Palika Seva Adhikari Sansthan of Chanakyapuri. Caterer Rakesh Tiwari previously worked as a CBI caterer.

During the raids at the institute in August 2018, the CBI recovered 20 Rolex luxury watches, Rs 3.6 crore cash and Rs 1.6 crore jewelery from a cupboard in Tiwari’s room.

Apart from this, the CBI had claimed to have come out with documents related to alleged transactions of several crores of rupees. Sources said that the agency suspected that several officials were taking Tiwari’s services to illegally send money abroad and influence the CBI cases registered against them.

Although no officer has been convicted in this case yet, some Deputy Superintendent and Inspector level officers have been transferred in the name of action.