A virtual Swearing-in and installation Ceremony for all the nationally elected Officers was held at the 1st General Body Board for the new term of NFIA.

The Virtual oath swearing-in ceremony and Elections were officiated by the Founder President from 1980 to ’88 Dr. Thomas Abraham. Dr. Abraham declared the results of the New Team. Since the founding of the organization Dr. Thomas made it a point to guide each upcoming leader to work vehemently towards the upliftment of the organization. He has been personally attended each convention and worked one-on-one with Conveners which has exalted the success of the organization.

The Nomination Committee consisted of Past NFIA President Sohan Joshi, Dr. Hari Har Singh and Kewal Kanda, Bellflower, California – National Federation of Indian American Associations (NFIA) conducted its bi-annual election between Dec 26 – 27, 2020 on a nationwide electronic voting among eligible members of NFIA and the result was declared on Dec 28, 2020 by the Chief Election Commissioner Dr. Thomas Abraham and Past President Ashok Madan. Online voting had to be done only for the election of seven Directors-at-Large and the Vice Presidents for Pacific North and Pacific South. All other officials were elected uncontested.

“Ninety six General Body members had the opportunity to vote. Of these, 77 participated in the voting process”, said Dr. Thomas Abraham Chair of the Election Committee.

For the positions of Director-At-Large there were 15 candidates for the 7 positions and 7 positions were filled in by voting from 77 member participants.

Mr. Ajoy Kumar Dube who was elected president of the National Federation of Indian Associations is a veteran in community involvement, both in the metropolitan Los Angeles and in California and has been working in the community for several decades in leadership positions. A retired Boeing Engineer by profession, Mr. Ajoy Dube is bringing into the current Executive Committee lot of enthusiastic team members who have contributed to their local communities and to NFIA for last several years.

While Director-At-Large like Aparna Hande, Dr. Lalita Kaul, Minhaj Akhtar are re-elected and are bringing in their long-term service association experience with NFIA. There are 2 Director-At-Large who are elected for the first time at NFIA. A Medical Informatician and Researcher Dr. Sukrit Mukherjee has served NFIA before as an appointed member, helping the organization with technological support needed during the difficult time of Covid era and wants to take NFIA to greater community service by creating an ingenious technological platform. Mr. Vamshi Reddy is a first-time elected Director-at-Large and wants to help the organization. Veteran community leaders Mr. Subash Razdan and Mr. Sudip Gorakshakar were also elected as the new Director-at-Large.

The Oath Ceremony of the newly elected Executive Committee members was conducted on Dec 30, 2020 via Virtual Video Conference using Zoom by Dr. Thomas Abraham, the founder and past president of NFIA. All the elected officials were sworn in.

Southern California Community is excited after Mr. Ajoy Dube was elected President of NFIA and one community member says “Ajoy Ji can motivate the team and bring back the old glory for which NFIA has been known in the community.”

Founder of NFIA Dr. Thomas Abraham who is also a former president, expressed confidence during the December 30, 2020 Oath Ceremony program that the new team led by Mr. Ajoy Dube should “reach out to all Indian-American community and professional organizations and make NFIA a truly representative body for the whole 4.5 million community.”

NFIA was formed in May 1980 at the First Convention of Asian Indians in North America organized by FIA New York. NFIA has been at the forefront of activities in US-India relations for four decades. NFIA activities have included – Recipient of national awards for leadership in affecting foreign policy issues, immigration reform bills, US census count, voter registration drive, follow-up on hate crime, or anti-religious incidents. The NFIA is at the forefront of activities in US-India relations for over two decades, organizing Congressional lunches, White House briefings, lobbying on a better US-India relationship. NFIA has Organized a conference on building economic bridges between the US & India, New Delhi (2003) to ensure improved relations between US-India. Also organized the first ‘US-India Science & Technology Conference (2002), which was inaugurated by Deputy Secretary Samuel W. Bodman, Department of Commerce and Ambassador of India, Lalit Mansingh. Sponsored the national essay contest (1998-1999) and have held many youth & family conferences. It has also co-sponsored many national beauty pageants (1996, 1997).

NFIA was instrumental in the formation of the Global Organization of People of Indian Origin (GOPIO) at the NFIA sponsored First Global Convention of People of Indian Origin in New York (1989). The weeklong convention attracted over 3000 delegates from 26 countries. The NFIA has Excelled in leadership roles in the US and provided exemplary service for causes relating to various educational & humanitarian causes.

NFIA organized the first sub-conferences of Medical professionals (1984) & Hospitality Industry and Technology (1986) as part of its national biennial conventions. NFIA has been a catalyst (through its various sub-conferences) for the birth of professional organizations such as AAHOA, AAPI, and TiE.

NFIA has been campaigning for charitable causes both in India as well as across the US. NFIA-AT&T- BSS High School in Latur Maharashtra (Earthquake), $100,000 to Andhra Pradesh Cyclone fund through Coca Cola India, $25,000 (1994-1995), to Kargil Fund, $10,000 (1999) to Scholarship fund for Kashmiri refugee students (1998), Flood relief funds in Georgia (1995), Oklahoma Bombing relief fund, Project SEVA effort for Gujarat Earthquake (2001) and earlier contributions during California earthquake, donations to Children, Blind Women, etc. 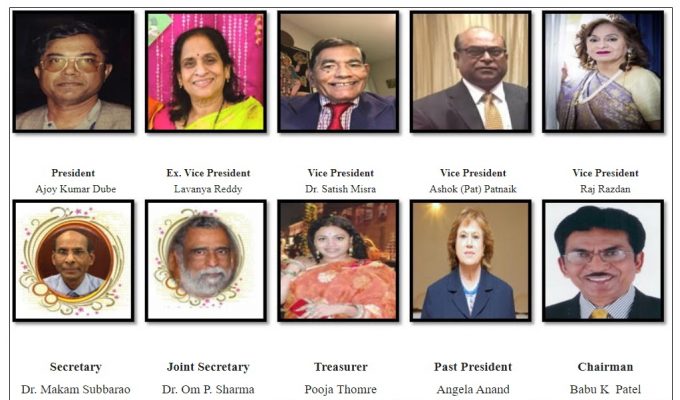 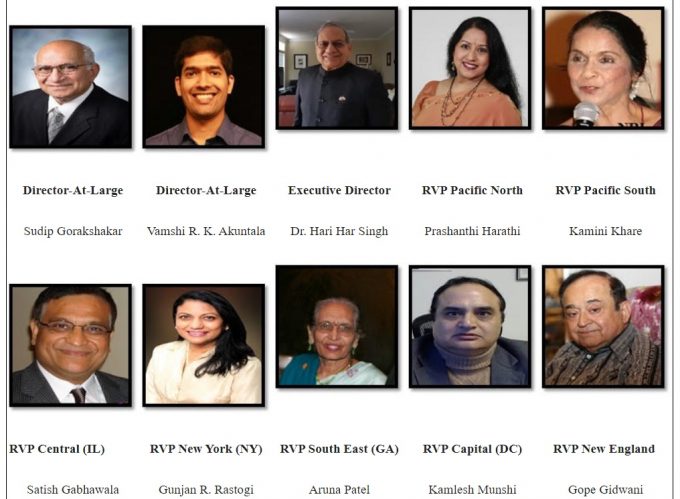