UN chief calls for US, Iran to work towards nuclear solution 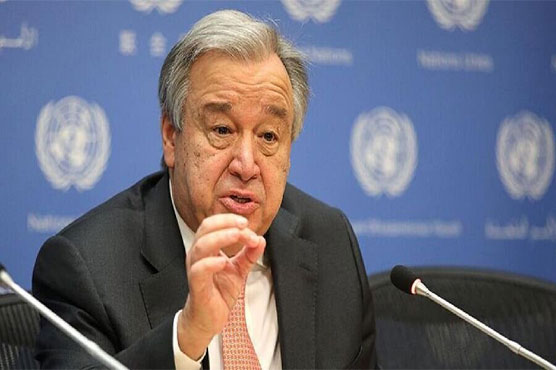 UNITED NATIONS:  UN Secretary-General Antonio Guterres called Thursday for the United States and Iran to work together to break their current stalemate on the international nuclear accord but said he did not expect a quick outcome.

New president Joe Biden s Democratic administration said it was ready to return the US to the accord, after predecessor Donald Trump withdrew the country in 2018, but Washington and Tehran each expect the other to make the first move.

“There s a lot of work to be done,” but “I don t expect an immediate solution,” Guterres said during a press conference when asked about the possibility of mediating a way out of the impasse.

“I believe that everyone, all those who entered the JCPOA and other interested parties must work together to reduce uncertainties, to face difficulties and obstacles,” he said, referring to the accord by its formal name, the Joint Comprehensive Plan of Action.

Without answering the question as to possible mediation, he said the matter is “progressively moving towards a situation where we can have an agreement that is essential for peace and stability in the Gulf and the world.”

The deal, meant to prevent Tehran from acquiring nuclear weapons, was agreed between Iran, the United States, China, Russia, Britain, France and Germany in 2015.

“The JCPOA was a big diplomatic victory and an essential element for peace and stabilization in the Gulf,” Guterres said, adding that “we regret that the agreement has been called into question.”

“It s obvious that there are difficulties and obstacles, that there is an increased complexity because the US left (the agreement) and took additional measures (of sanctioning Iran). At the same time, Iran has taken some steps to develop its nuclear capabilities,” he added.

In response to the US leaving the deal and imposing sanctions, Iran reneged on several of its nuclear commitments, though it insisted the measures were reversible.