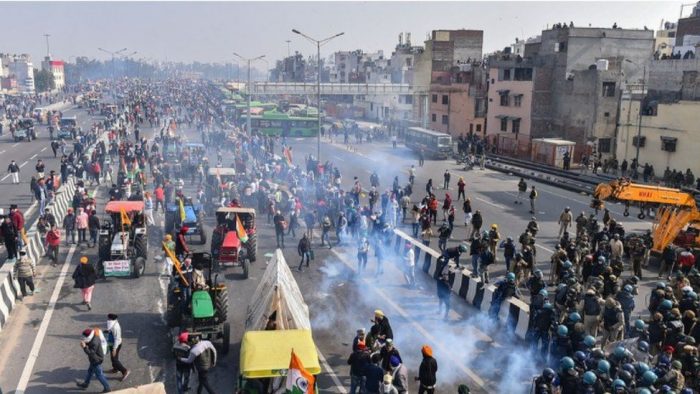 Authorities cut internet links to most of the camps where tens of thousands of farmers have been based since November as they demand the repeal of the laws.

Tensions have been rising since a mass tractor rally on Tuesday turned into a rampage across Delhi where clashes between farmers and security forces left one dead and hundreds injured.

At least 10,000 new protesters have arrived since Thursday to bolster the campaign, according to observers.

In the camps, many farmers held a one-day fast on Saturday — the 73rd anniversary of the assassination of independence leader Mahatma Gandhi — in a bid to show their tactics are peaceful.

But outside, on top of the internet cut, police blocked a main road into the Ghazipur camp on the outskirts of Delhi.

Additional security forces were deployed after clashes erupted Friday between farmers and opponents of their campaign.

Some local groups say they want the protesters to go home but the farmers’ leaders are adamant they will stay. There have been accusations that right-wing activists have manipulated the counter-protests.

The new laws allow farmers to sell their produce on the open market after decades of selling to state-run bodies.

Farmers say the changes will mean the takeover of the agriculture industry, which employs two-thirds of India’s 1.3 billion population, by conglomerates.

The government says the changes will boost efficiency and rural incomes.