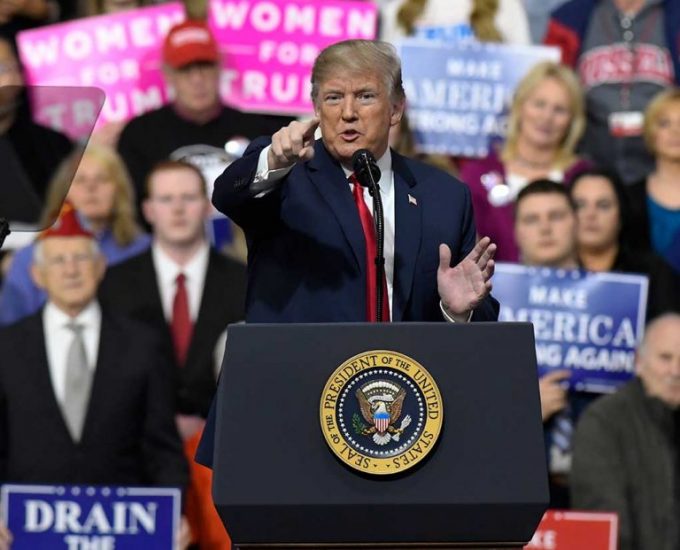 On February 13, the Senate acquitted Donald Trump on an article of impeachment that charged him with inciting a riot on Capitol Hill on January 6. As expected, the majority of Republicans supported the former president vehemently. However, McConnell’s vote to acquit wasn’t because he believed the president did or did not incite the riot. It claims it was based on a Constitutional technicality.

Now, McConnell is shifting his tone. On Thursday, February 25, the minority leader said he would support Trump if the GOP nominates him in 2024. Coming off the heels of the acquittal and McConnell’s rebuke of the former president, it was an unexpected twist of words.

Did McConnell really mean it?

The trial was over by mere minutes when McConnell turned on Trump. He blasted the former president as a “hack” with no “political insight.” He said Trump’s actions on January 6 were a “dereliction of duty.” The Senate minority leader said he based his reason for voting to acquit Trump on the Constitution. Removal is the consequence of impeachment if found guilty by the Senate. However, Trump was no longer in office, and therefore couldn’t be removed.

His vote and words were great political theater as McConnell played both sides of the fence. On one side, he can tell Trump voters he voted to acquit. On the other side, he can say he stuck to his principles and held Trump accountable.

In Trump’s first public statement since the trial, he was noncommittal about running in 2024. However, McConnell was explicitly asked by Fox News if he would support Trump. McConnell said “absolutely” if he won the nomination.

If Trump Wins the Nomination

While 2024 is an important date for Republicans eager to take back the White House, McConnell must focus first on 2022. The Senate minority leader said there is no civil war in the Republican Party. He added that Democrats are barely holding on to the House with the smallest majority in nearly a century, and the Senate is deadlocked.

When asked by a reporter, McConnell said that he would back Trump if he were the nominee. What about during the primary? Without an incumbent Trump occupying the White House, McConnell is playing both sides once again. On the one hand, he doesn’t want to alienate Trump voters despite how he feels about Trump, the person. On the other hand, McConnell expects at least four Senate Republicans to run for president, plus a few governors but did not offer any names.

Based on his previous words, it seems safe to assume he would likely prefer a nominee other than Trump.

During the presidential primary season, McConnell is likely to stay away from the fray of the contest unless Trump says or does something that rubs McConnell the wrong way, or Trump forces him to take a position.

Regardless, as of today, Trump is the elephant of the GOP, not McConnell.