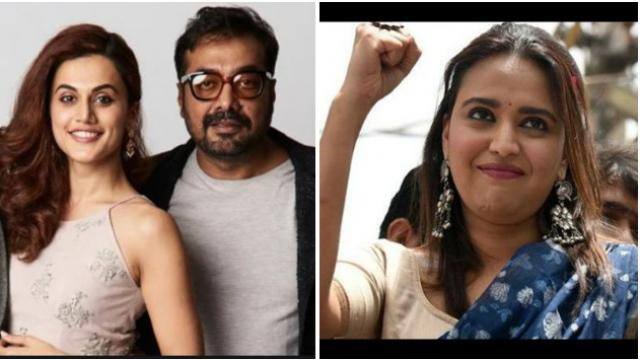 After the Income Tax (IT) department raid on Phantom Films, the company of actress Taapsee Pannu, producer Anurag Kashyap, actress Swara Bhaskar also tweeted this and praised the two stars and described them as warriors (warriors).

Swara writes that ‘this tweet to applaud Taapsee, who is a wonderful girl with courage and conviction. People like them are seen less now. Stand firmly with the warrior.

In another tweet, Swara has praised Anurag Kashyap, who is playing the role of a cinematic pioneer. A teacher and mentor of talents, a man with his clarity, a brave heart. May Anurag give you more power. ‘

Appreciation tweet for @taapsee who is an amazing girl with courage and conviction that is rare to see now days.. Stand strong warrior! ❤️

It is reported that the Income Tax Department is suspected of disturbances in the functioning and transactions of Phantom Films Company. The scope of the investigation may increase based on the documents and evidence found in the raids. Many more big names can come up in it.

Significantly, Anurag and Taapsee are known for their unambiguous opinions on social issues. They both spoke openly on issues ranging from the Citizenship Amendment Act to the peasant movement. Now speaking of their company, Phantom Films Company was launched in 2010 by Anurag Kashyap, Vikramaditya Motwani, Madhu Mantena and Vikas Bahl. The company was shut down in 2018 after Vikas Bahl was accused of sexual exploitation. After this, these four partners were separated. These four are alleged that the exact details of the earnings from the Phantom film were not given to the Income Tax Department and it was shown less.