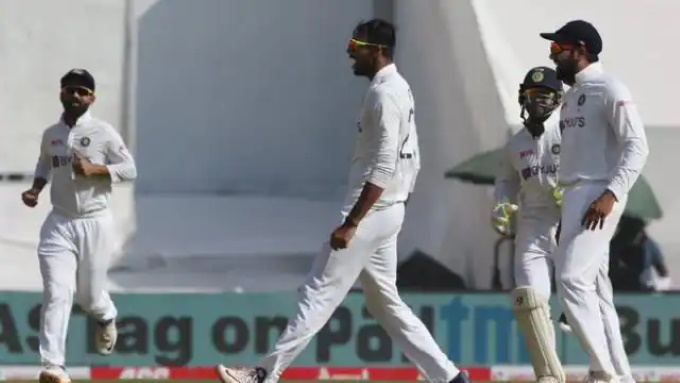 The last match of the four-Test series between India and England is being played at the Narendra Modi Cricket Stadium in Ahmedabad. England have decided to bat first by winning the toss in this match. England’s start in the match has been very poor. Johnny Bairstow and Ben Stokes are batting for England at the moment. India made a change in their playing XI in the match, with Mohammad Siraj replacing Jaspreet Bumrah. Apart from this, there have been two changes in England’s playing eleven. The team has replaced Dan Lawrence and Dom Bess in place of Joffra Archer and Stuart Broad.

10:36 AM: Fast bowler Mohammad Siraj showed the path of pavilion to captain Joe Root, giving the team a big success. The team scores 30–3.

10:13 AM: Akshar Patel continues to flourish at his home ground. He first returned Sibley to the pavilion and now he dismissed second opener Jack Crawley. England’s score is 15-2 at the moment.

09:37 AM: Ishant Sharma’s best ball missed out on Jack Crawley and the ball hit his pad. Ishant made a strong appeal here. The team also took a review after this which could not be successful.

09:30 AM: Fourth Test has started between India and England. At the crease, there is an England opener in the form of Jack Crowley and Dominic Sibley.

09:10 AM: Watch the playing eleven of both teams here.

09:00 AM: England captain Joe Root has decided to bat first by winning the toss against India.

1⃣ change in #TeamIndia as Mohammed Siraj named in the playing XI.