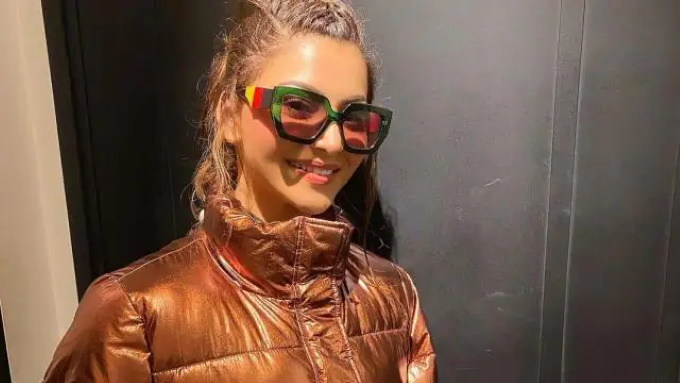 [1]Urvashi Rautela is known for her style. Urvashi rules the hearts of fans by posting the latest photoshoots and trends and videos on her Instagram, but sometimes Urvashi’s outfits spoil the mood of the fans.

The green suit had a bad mood:
Urvashi met UP CM Yogi Adityanath sometime back. During this meeting Urvashi wore a green color kurti. On which Peacock was made of Golden Embroidery. With this dark color, Urvashi made her look so heavy by wearing golden earrings that her outfit also started to look over-highlight. Seeing this strange look, social media users had made fun of him by expressing his displeasure over this look. After this look, the fans were hoping that Urvashi’s glamorous style might be seen further, but Urvashi once again disappointed the fans. 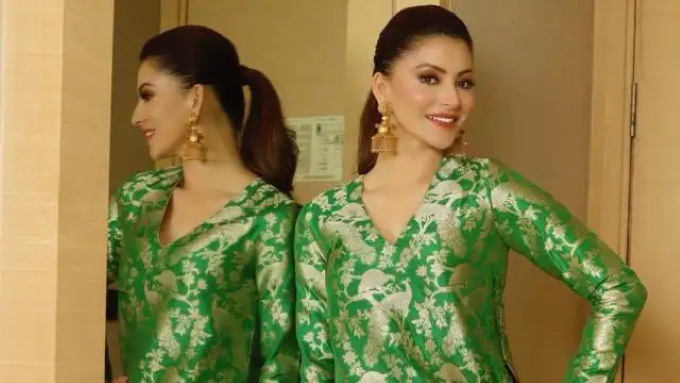 Urvashi, who appeared with Misfit Leggings, was spotted  at Mumbai Airport. During this time, the actress followed the latest fashion trend and carried an athleisure style. The green cropped T-shirt had Jul neckline and half sleeves. With this, she wore a loose-pattern workout shorts that had lengths up to the knees. But the color of green color leggings with shorts was very different. At the same time, the fitting of her leggings was also not that skinfit and these blunders were enough to make Urvashi’s look strange. After this photo went viral on social media, Urvashi had to face the fans’ displeasure once again. 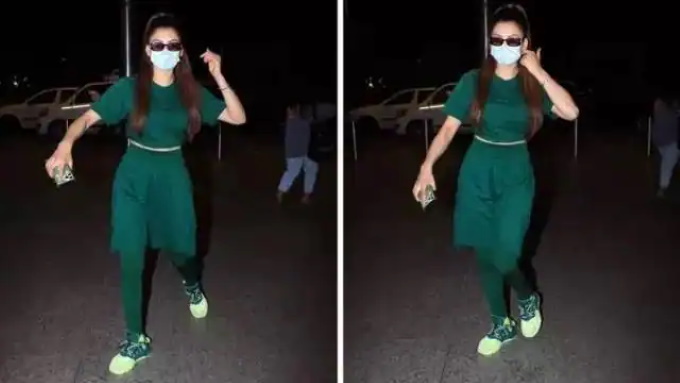