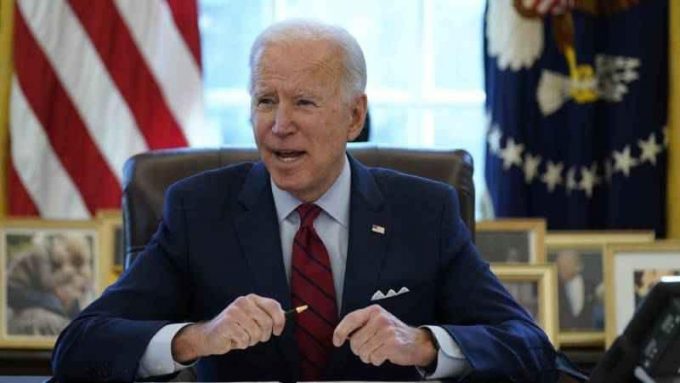 WASHINGTON  – US Democrats were on track Saturday for a final vote on President Joe Biden’s massive Covid-19 relief package after agreeing to scale back unemployment benefits, with passage increasingly likely in the evenly divided Senate.

With the sun rising in Washington, bleary-eyed senators continued their all-night session voting on nearly two dozen amendments and counting as they hammered out the $1.9 trillion stimulus bill, which Biden insists will revive the pandemic-hit US economy.

Negotiations in the Senate had frozen the chamber’s action for more than 10 hours Friday, before the Democrats reached a compromise with moderate Senator Joe Manchin, who had balked at the scale of the benefits.

Republicans have stood uniformly opposed to the giant package, but Democrats — who cannot afford to lose a single vote — united to beat back repeated efforts to derail the legislation.

The action came against a backdrop of strong US economic data signaling that the world’s largest economy may finally be healing.

Yet the economy was still short 9.5 million jobs compared with February 2020, before the pandemic began.

“We can’t go one step forward and two steps backward,” Biden said Friday at the White House. “The rescue plan is absolutely essential to turning this around.”

But the whole bill came under threat by an impasse over the amount and duration of supplemental unemployment insurance benefits for people left jobless during the pandemic.

Democrats had struggled to keep Manchin’s support for expanded unemployment aid in the measure. Ultimately he agreed to a compromise that reduced jobless benefits from $400 to $300 and extended them to September 6, rather than through October as many Democrats had wanted.

“We have reached a compromise that enables the economy to rebound quickly while also protecting those receiving unemployment benefits” from being hit with unexpected tax bills, Manchin said in a statement. The amendment passed 50-49 along party lines. (AFP)