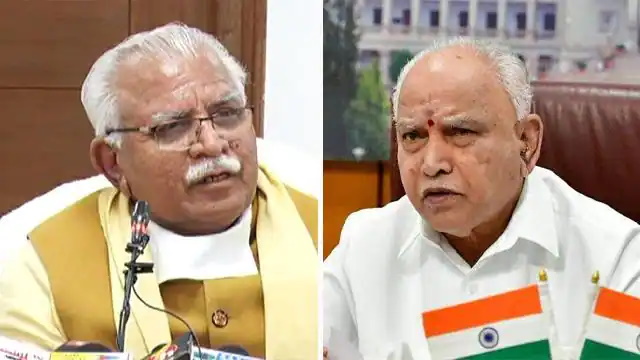 After the change of leadership in Uttarakhand, the central leadership of the BJP has also sent a message to the state governments of various states headed by the BJP. The functioning of all governments may be assessed soon. Karnataka is one of the two more states in which dissatisfaction is emerging with Uttarakhand. The situation is not good in Haryana either.

Nearly a year before the assembly elections in Uttarakhand, the BJP has decided to change the chief minister under the leadership and made it clear that he will go with full preparation in the coming election and will not tolerate any dissatisfaction.

According to sources, there were reports of discontent among MLAs and Ministers for the last one year about Trivendra Rawat. Complaints reached Delhi. With the change being decided in Uttarakhand, the state governments of Haryana and Karnataka have also been indicated that the central leadership may take stern steps if everything does not go well there.

Questions are being raised on Chief Minister Manohar Lal Khattar regarding the farmers’ agitation in Haryana. It is worth mentioning that before this, the BJP in Jharkhand had ignored dissatisfaction against the then Raghuvar Das government, which had to pay the brunt of the defeat in the assembly elections. Now the party does not want to let any such situation unfold.