Corona broke all records in the country, for the first time, cases exceeded 1 lakh in 24 hours, the pace of infection doubled also increased 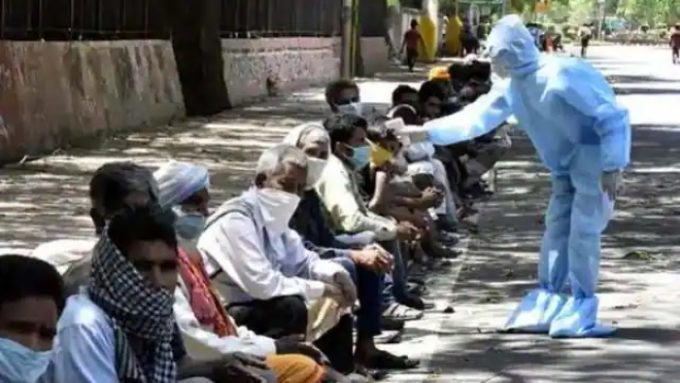 Corona’s havoc in the country has broken all the records so far. According to the WorldMeter, the total number of corona infections found during the 24 hours till Sunday night reached 1,03,764. From the onset of the epidemic to the present day, it is the highest number of total infections found in a single day. Earlier, on September 16, 2020, 97,894 new cases were detected in a single day, the highest figure for the first wave of the epidemic. During the Union Health Ministry, 513 corona patients died in the country in 24 hours.

For the second consecutive day in India, the world’s most recent new corona cases have been found. The United States is second with 66,154 new cases a day and Brazil is third with 41,218 new cases.

The pace of corona infection has doubled, the pace of corona infection in the country remains high. The Health Ministry said that the time of doubling of corona infection has now come down to 104 days, while on March 1, the period was pegged at 504 days. With this, Uttar Pradesh has also added 12 states in the category of most affected states due to the inclusion of Uttar Pradesh in the list of the most affected states from Corona. The ministry said that during the last twenty-four hours, about 81 percent of the eight states are from Maharashtra, Chhattisgarh, Karnataka, Delhi, Tamil Nadu, Uttar Pradesh, Madhya Pradesh and Gujarat. The highest in Maharashtra is 57,074.New infections have arrived. While Chhattisgarh with 5818 numbers is second and Karnataka with 4373 new infections is at number three. This number of daily infections is very close to the peak infection number (peak) of one day last year at 97 thousand and can cross it in a day or two.

Five and a half percent of active cases: The number of active corona patients in the country is increasing rapidly. In the middle of February, it was reduced to 135 lakhs, but on Sunday it increased to 691597, which is 5.54 percent of the total cases. Five states Maharashtra, Karnataka, Chhattisgarh, Kerala and Punjab have 76.41 percent active cases. While in Maharashtra alone it is 58.19 percent.

Recovery rate 93%: The percentage of people recovering from corona in the country is 93.14%. So far 11629289 people have become healthy. In the last twenty four hours, 60048 people have recovered.

More than 85 percent of deaths in eight states: Of the total 513 deaths, 85.19 per cent of the deaths occurred in only eight states. Maharashtra has the highest number of deaths at 277, Punjab 49, Chhattisgarh 36, Karnataka 19, Madhya Pradesh 15, Tamil Nadu and Uttar Pradesh 14-14 and Gujarat 13. No deaths have been reported in 14 states and union territories.