Pinarayi’s victory over majority-minority communalism; Intimidated Muslims and Christians And the vote-trading with the BJP 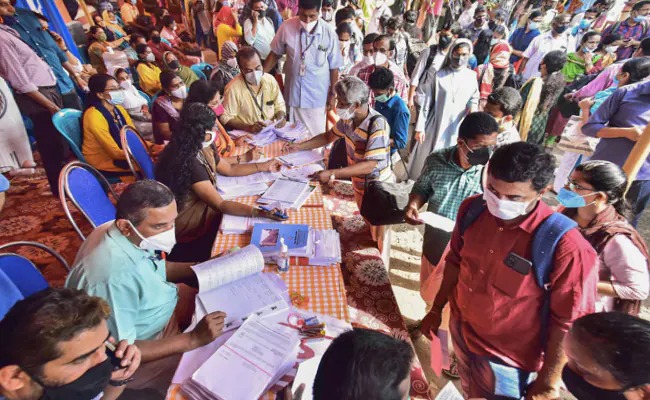 On the one hand, to unite the majority-Hindutva minds in Kerala society by intimidating them by showing the organized strength of the minorities. On the other hand, pointing out the same majority communalism and denigrating religious minorities. These are the two main factors that helped the Pinarayi Vijayan government to continue its rule. What helped Pinarayi and the Left Front in the success of this strategy, which even the EMS could not in the history of Kerala, was the BJP’s hard work in infiltrating Kerala. At the national level, if the Congress and the secular parties had taken advantage of this situation effectively, it would have benefited in Kerala.

After the assembly elections, the CPI (M) could barely return to the front, according to figures compiled from the state secretariat. The CPM had calculated a minimum of 72 and a maximum of 80 seats. Because of this, Hindutva votes were expected. In Palakkad, Manjeswaram and the southern districts, the BJP was seen as a third force, and religious minorities feared that the CPM would lower their fears. While speaking out against the Citizenship Amendment Act introduced by the Central Government, the CPM leaders spoke out against Muslims and the Muslim League with the aim of getting both types of votes at the same time. The CPM also conveniently utilized the investigation conducted by the central agencies against the government.

Pinarayi’s Facebook post that the Muslim League was in control of the Congress was part of this. The Chief Minister had said that the Ezhava sect was secretly used to sway the Ezhava sect when issues including financial reservation were used to effectively manipulate the caste elements including the Nair sect. This is why the Left has been able to divide the secular votes of the Congress in South Kerala and shift them to its own slums. Meanwhile, in Kazhakoottam, Nemam, Kattakada and Chathannur, where the BJP came second, the CPM won to some extent. Nemthe UDF votes K. When Muraleedharan was captured, the CPM won the votes of them and the BJP. In Kazhakoottam too, BJP candidate Sobha Surendran lost and Kadakampally Surendran won because of this alliance. In fact, it was Nemtu K Muraleedharan who got so many votes that led to the defeat of the BJP and the victory of V Sivankutty of the CPM.