Deadliest metro accidents around the world since 1975 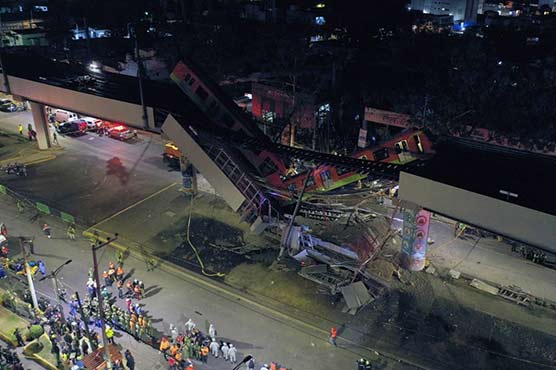 MEXICO CITY  – At least 23 people were killed and dozens injured on Monday when an elevated metro line collapsed in Mexico City.

Here are some of the worst accidents on metros over the past four decades:

– February 18, 2003 – SOUTH KOREA: A fire started by a man trying to commit suicide destroys two metro trains, killing 198 and injuring 147 in Daegu, in the southeast.

– February 4, 1977 – UNITED STATES: In Chicago, an elevated railway train topples on to the street below after being hit by another train. Eleven are killed and more than 200 injured.

– February 28, 1975: BRITAIN: A driver’s error in a tunnel in the London Underground at Moorgate station leaves 43 dead and more than 100 injured. (AFP)