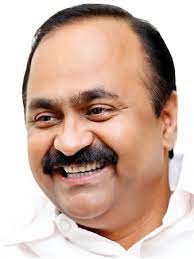 Indian Overseas Congress USA congratulates Shri. V.D. Satheesan on his appointment as the new legislative leader for the Congress Party in Kerala and the UDF’s opposition leader. “The selection and the appointment of V.D. Satheesan represents a turning point for the Congress Party in Kerala and also ushering in a new generational shift necessary at this juncture to strengthen the party for the future,” said George Abraham, Vice-Chairman, Indian Overseas Congress, USA. “This may also be a golden opportunity to end the group politics and begin rebuilding the party. Congress supporters must be more hopeful than ever that additional changes are on the way,” Mr. Abraham added.

Although V D Satheesan was part of a faction, he has always been known for his independent mindset and worked towards moving away from factionalism. There was a growing demand from the grassroots for an organizational revamp, and the High Command deserves praise for this bold move despite strong opposition from various quarters.  IOCUSA also expresses our gratitude to Mrs. Sonaia Gandhi and  Mr. Tariq Anwar, the AICC General Secretary in-charge, particularly for the painstaking exercise to learn from across the spectrum that a change was necessary and acted upon it with his own recommendations.

Many Congress supporters across the State thought that there was no responsive leadership in place, and they remained generally dispirited after the big defeat at the polls.  Many also felt that they had leaders who would not even pick up the phone or respond to an email and were totally out of touch with reality on the ground. To them, some  of the leaders even continued to act as if they were still in power!

IOCUSA also welcomes Satheesan’s statement that “it won’t be about two fronts at loggerheads” but would play the role as a responsible opposition pointing out the government lapses.

Mr. Satheesan is known for his oratory skills and held positions such as KPCC Vice-President and AICC Secretary.