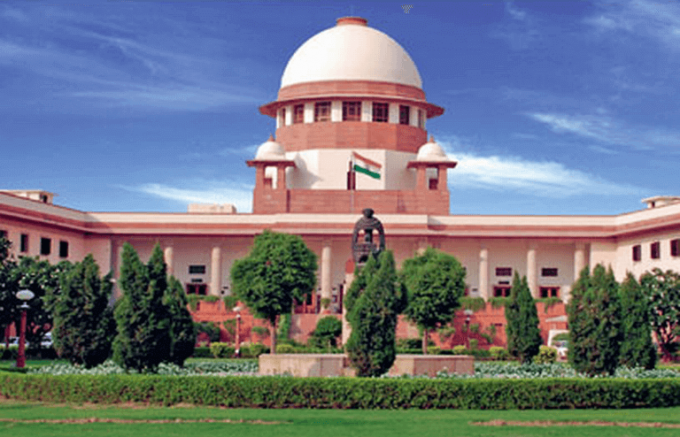 New Delhi: The Supreme Court has expressed surprise over the non-listing of bail plea of ​​an accused in the Punjab and Haryana High Court for more than a year, saying it is a violation of the right to liberty.

According to the report of The Hindu , a vacation bench of Justices Hemant Gupta and Justices V. Ramasubramanian said that the denial of hearing is a violation of the rights and freedoms given to an accused.

The Supreme Court said that usually he does not interfere in the functioning of the High Courts, but in this case he was compelled to pay attention to the delay in the hearing of the bail petition.

The bench said in the order, “During the pandemic, when all courts are trying to hear and consider all the cases, the non-listing of such application for bail is a defeat for the administration of justice.”

The court was hearing a special leave petition filed in a case of the Enforcement Directorate.

The Supreme Court said, ‘In the current pandemic era, at least half the judges should sit on alternate days so that the person in distress can be heard. Not listing the petition for regular bail, irrespective of the gravity of the matter or the condition of not being serious, affects the liberty of the detained person.

The bench said that they hope that the High Court will be able to hear the application for bail at the earliest, so that the right of the accused to hear the bail application is not taken away.