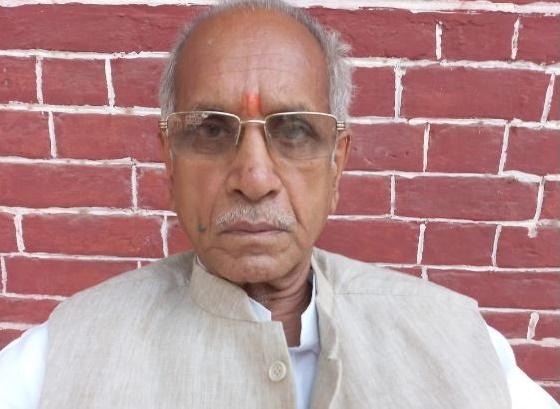 Bijnor: A case has been registered against three people including a woman in Bijnor for allegedly writing objectionable and derogatory things on Facebook against Champat Rai Bansal, international vice president of Vishwa Hindu Parishad (VHP) and general secretary of Shri Ram Janmabhoomi Teerth Trust.

Nagina police station in-charge Krishna Murari Dohra in Bijnor district said on Sunday that Sanjay Bansal, describing himself as the brother of Champat Rai Bansal, has given a complaint that a Facebook screen shot of a person named Vineet was brought to his notice, in which Champat Rai Bansal was arrested. Derogatory, offensive and baseless things have been written.

Sanjay Bansal called on Vineet’s mobile on June 18, then the person listening to the phone said that all this has been written at the behest of a woman from Nagina. The man used objectionable language during his phone conversation with Sanjay.

The station in-charge said that on the basis of Sanjay Bansal’s Tahrir, a case has been registered against three people including a woman under serious sections of the Indian Penal Code and IT Act and investigation has been started.

It is known that in the past, Aam Aadmi Party’s Rajya Sabha MP Sanjay Singh and a minister in the SP government and former Ayodhya MLA Tej Narayan ‘Pawan’ Pandey have accused Champat Rai , general secretary of Shri Ram Janmabhoomi Teerth Kshetra Trust, who is building the Ram temple. That he, with the help of trust member Anil Mishra, bought land worth Rs 2 crore on March 18 for Rs 18 crore. However, Champat Rai has denied these allegations.

After these allegations, Champat Rai is in the center of criticism.

In this regard, Madhya Pradesh Congress leader and MLA PC Sharma has filed a case against Champat Rai. Alleging scam in the purchase of land for Ram temple, Sharma along with Congress workers has filed a case at Habibganj police station in the capital Bhopal.