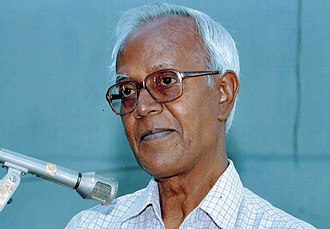 “It is a dark day for democracy in India, and the national leadership and members of the judiciary should hang their heads in shame,” said George Abraham, Vice-Chairman of the Indian Overseas Congress, USA who was reacting to the death of Stan Swamy, who dedicated his life to serving the poor tribals in India. Father Swamy’s detention and treatment in prison that led to his death is a blot on the consciousness of the nation and a travesty of justice,” said Mr. Abraham.

Father Stan Swamy was held in detention under the draconian law called  UAPA, which is supposed to be a tool against terrorists. It is pitiful that a country that professes to broadcast to the world about its cultural and human virtues would treat a frail, old man of 84 years old who was suffering from Parkinson’s disease this way! He even needed a court’s intervention to receive a straw to drink water, and the delay to his request to move him to a hospital due to Covid by the judiciary that may have cost him his life.

Is India anymore a country of equal justice under the law? It is about time to reexamine the path it has chosen in the past six years that has witnessed the undermining of Institutions and devaluing the lives of ordinary people across the nation. Freedom of expression is becoming a thing of the past as the Government appears to be clamping down any criticism of its hierarchy.

Father Stan Swamy dedicated his whole life defending the marginalized and the oppressed people who didn’t have a voice of their own while facing the onslaught of corporate lobby fully backed by vested interests and dissenting voices were routinely branded as anti-nationals charged with colonial-era sedition laws, and Father Swamy himself became another victim of this nefarious scheme.

It is also time to remember many other human rights warriors who are still in prison, such as Sudha Bharadwaj, who is said to have been facing health risks of her own. We can only hope the passing of Father Stan Swamy may reopen the mindset of those in power to release those on bail while awaiting charges.