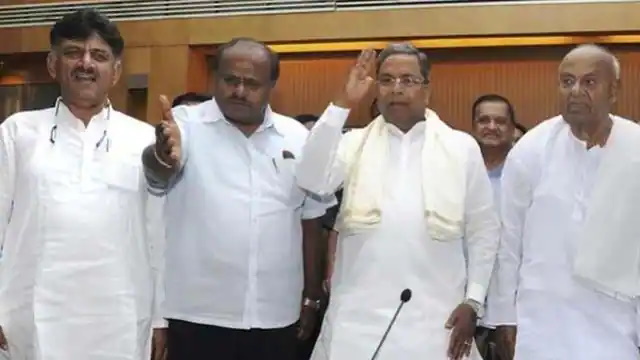 Revelations are being made every day after reports of hacking the phones of India’s politicians-journalists and many big personalities from Pegasus spyware. In this episode, now the Consortium of Journalists has claimed in a new part of its report that in the year 2019, the phones of the former Deputy Chief Minister of Karnataka and two associates of the former Chief Minister were also targeted by this Israeli spy software. The Congress party then accused the government of using Pegasus spyware to topple elected governments in the country and demanded an independent Supreme Court-monitored probe into the entire matter.

Let us inform that after the resignation of 17 MLAs in the year 2019 itself, the Congress-JDS government fell in the month of July. The matter reached the Supreme Court.

Congress chief spokesperson Randeep Surjewala, while addressing a joint press conference, alleged that the BJP and the Modi government have murdered democracy by misusing spyware to topple the Congress coalition government in Karnataka.

HD Kumaraswamy: Tapping going on for 10-15 years
JD(S) leader HD Kumaraswamy rubbished reports that two years ago when he was the Chief Minister of Karnataka, his secretaries were a possible target for surveillance using Pegasus spyware. He said he didn’t care. Kumaraswamy said, “I don’t care about all these things because in the recent past various government agencies including the Income Tax Department have tapped the phones of important people… These things are happening regularly for 10-15 years.” Talking to reporters, he said that this is not happening only after Narendra Modi became the Prime Minister. This used to happen earlier also.