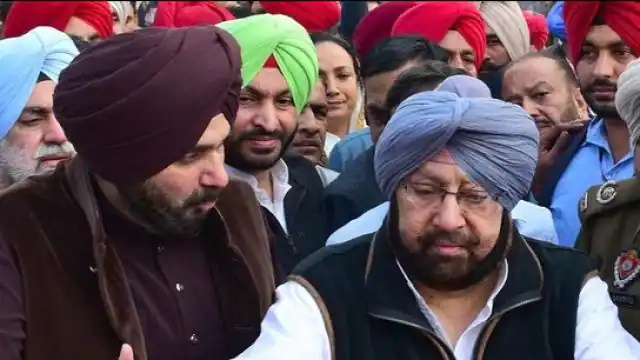 The controversy in Punjab does not seem to end. Two days have passed since Navjot Singh Sidhu became the state Congress President, but there has been no talk with Captain Amarinder Singh. This confrontation between the two leaders has increased the concern of the party leaders. He believes that if there is a lack of coordination between the two, then the difficulties may increase in the election. In the assembly elections, coordination between Chief Minister Captain Amarinder Singh and State President Sidhu is necessary. But till now both the factions are adamant on the demand of apologizing to each other.

The Captain faction has been demanding an apology from Sidhu for several days. He says that Sidhu has made many tweets against the Chief Minister, so he should apologize. Pargat Singh, a close aide of Sidhu, said there was no question of apologizing. The Captain himself should apologise, as he has failed to fulfill the promises made to the people as Chief Minister. To check the rising ruckus in the state, the party has advised Sidhu and his supporters to avoid provoking other groups.