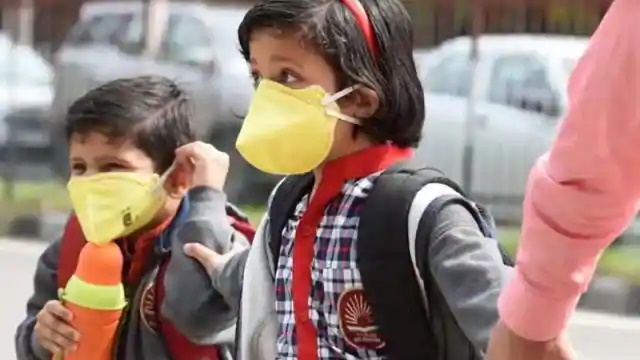 Amidst the possible fear of a third wave of corona virus, ICMR has suggested which level of schools should be opened first. Medical experts say that primary schools should be opened first when there is a reduction in corona infection. Because the risk of corona infection in young children is low and the infection remains mild. This was stated in response to a question by Dr. Balram Bhargava, Director General, ICMR.

Balram Bhargava said that primary schools should be opened first. Because children have fewer ACE receptors, they are less prone to infection and the infection is not as severe. Receptors are proteins that are the gateway of the corona virus. The virus sticks in them and infects many human cells. But before opening the school, all the teachers and all the personnel working in the school, bus staff etc. should be vaccinated.

He said that after this secondary schools should be opened. Bhargava said that this decision has to be taken by the states and district administration. In which the decision will be taken on the basis of the current situation of the epidemic there. He said that in the recent National Siro Survey of ICMR, it has been found that the antibodies in children between the age of six to nine years are 57.2 percent, which is very similar to that of adults.

Asked about opening of schools in many districts to reduce the number of cases of Covid-19, Bhargava said that children can cope with the infection much better than adults and it has been established that they have less number of Ace receptors in which viruses stick. In some countries, notably the Scandinavian countries (Denmark, Norway and Sweden), they (the authorities) did not close primary schools during the first, second and third waves. Whatever the wave of Covid there may be, their primary schools should always remain open.

It is difficult to say whether the third wave will come or not.  Regarding the third wave of Corona, he said that it is difficult to say whether it will come or not. But on the reasons for this, he said that if people’s immunity ends, a new infectious variant comes and it has the ability to escape from this immunity, then this risk can increase. Similarly, not following the corona behavior also increases the risk of third wave.