After Covid-19, now norovirus has increased concern in Britain; know how dangerous it is and what are the symptoms 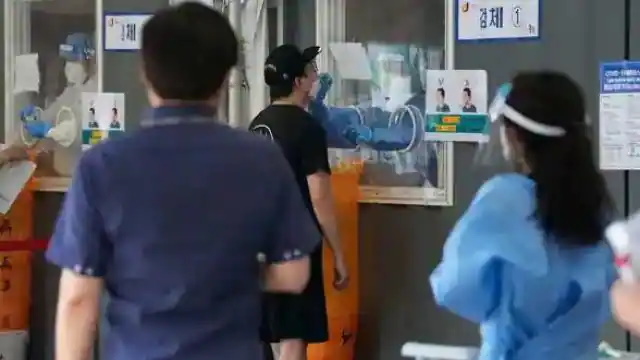 After the corona virus in the United Kingdom, now the norovirus has increased concern. In five weeks, about 154 cases of this virus have been reported. The most worrying thing is that it is also as deadly as Corona. In Britain, this comes at a time when people were expecting life to return to normal after the end of the lockdown.

Britain’s health agency Public Health England has issued an alert. The department said that Public Health England is constantly monitoring the patients. According to this health emergency, the case of this virus has increased three times in the last few days. The most frightening thing is that cases of this virus are more in places where there are more children, such as nurseries and child care centers. The Center for Disease Control and Prevention (CDC) states that norovirus is more dangerous than the corona virus and due to this the infection spreads faster. Anyone who is infected with this virus has symptoms like vomiting and diarrhea.

This virus spreads like corona:
The CDC says that there are several billion viruses in the norovirus. Any person who comes in contact with a person infected with this virus, eats infected food, touches a surface affected by the virus or puts it in the mouth without washing hands, he/she is at high risk of getting infected with this virus. Like other viruses, this virus enters the body and infects it.

What is norovirus?
According to the Centers for Disease Control and Prevention (CDC), norovirus is a highly contagious virus that causes vomiting and diarrhea. People with norovirus disease can shed billions of virus particles. And only a few of them can make other people sick. Norovirus is also known as the ‘vomiting bug’.

What are the symptoms
– Diarrhea, vomiting, dizziness and severe abdominal pain are the most important symptoms
– Apart from this, fever, headache and body pain have also been seen in many patients
– Within 12 to 48 hours of virus entering the body The infection spreads itself
– a person infected with the virus vomits for 2 to 3 weeks

How to Avoid
It is important to always wash your hands properly after touching anything, after coming from outside and before eating anything. Apart from this, the way people are using sanitizers to avoid Covid-19, in the same way it would be better to use alcohol based sanitizer for this too.