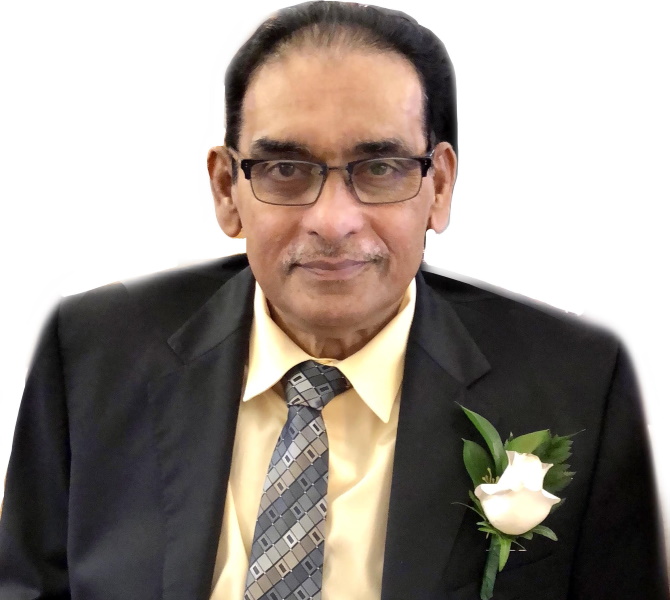 With the heavy heart, we share the sad news of passing away of Dr. Prasad Abraham (69 years) on July 19th, Monday around 2PM CDT in. St. Louis, Missouri, USA. Dr. Prasad was not feeling well for the last couple of weeks and was in Hospice Care. He was a strong supporter of the Malayalee Community in St. Louis and helped many families with their health care need. For several years, he did private medical practice and served the St. Louis and Illinois communities as a Family Medicine Physician. He also played an instrumental role in establishing the St. Mary’s Orthodox Church in St. Louis. He is survived by Mrs. Sheela Abraham, his daughter and Mathew Abraham, his son. His Wife Mrs. Jessy Abraham passed away in December 2010 and his eldest daughter Dr. Seena Abraham passed away in March 2017. Please pray for the departed soul and family.

He completed his high school at Asram English School and studied Pre-Degree at St. Peters College, Kolenchery, Kochi. Later he completed Medicine from Gaya, Bihar and House Surgency at Ernakulam General Hospital. He came to United States and settled down in St. Louis.

Dr. Prasad contributed to the Malankara Orthodox Church tremendously. When Late His Grace Geevarghese Mar Osthathios needed a heart surgery in 1990, Dr. Prasad took the leadership and arranged the surgery at the Barnes Hospital in St. Louis. Later His Holiness Baselios Marthoma Mathews II and His Holiness Marthoma Didymus I also came to St. Louis in 1992 and 1994 respectively and Dr. Prasad played a critical role in having successful heart surgeries for our beloved Bishops. Dr. Prasad will forever be remembered for his contributions to the Malankara Orthodox Church as well as for his kindness, compassion and outstanding service.

May his soul rest in peace.