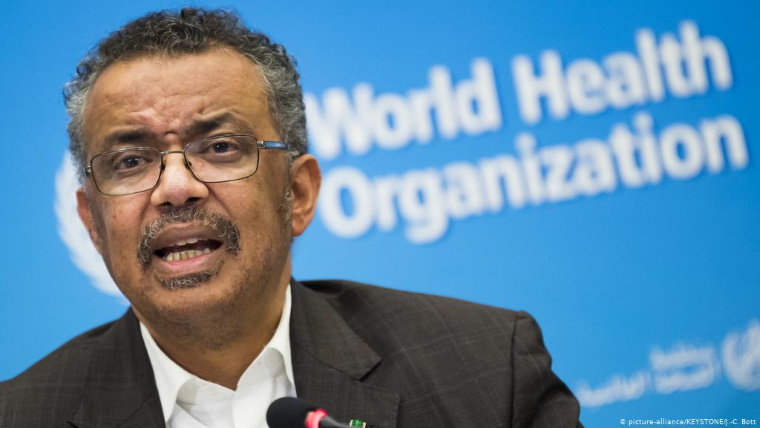 The World Health Organization (WHO) on Wednesday announced the list of 26 experts selected to form the new Scientific Advisory Group on the Origin of New Pathogens (SAGO). In addition to the coronavirus, the committee was born with the intention of permanence and to become the world reference on emerging infectious diseases, although the first mission it will have to face will be to clarify the unresolved doubts about the origin of SARS-CoV-2 .

Six of the SAGO members were already part of the previous WHO expert committee that tried unsuccessfully earlier this year to find out how the pandemic started. After visiting China in January, encountering several difficulties in accessing relevant information and publishing a questioned report in March – which indicated an animal origin of the pathogen – the group reported in August that investigations into the origin of the coronavirus were “stopped” and that the time to discover her was running out.

The big obstacle, then and now, remains the Asian giant’s reserves to allow international experts free access to all available scientific information – now the analysis of tens of thousands of blood donor samples – from the months before the discovery virus official in January 2020 in Wuhan City. These moments are essential because it is when the pathogen began to circulate without being detected by the clinical conditions that caused it to be confused with other respiratory diseases. China’s position boosted other hypotheses, such as the escape from a laboratory.

The fact that it was never discovered which animal species served as a bridge for SARS-CoV-2 to jump from bats to humans, as was the civet with the first SARS, and that in Wuhan there is a thirst for a laboratory specializing in coronaviruses gave wings to all kinds of theories. The President of the United States, Joe Biden, even commissioned his secret services with a report on the matter, although the latter also did not provide information that would allow the debate to be ended.

WHO chose the members of the committee from the approximately 700 nominations submitted, in a long process that is not yet over. The 26 selected must still go through a final procedure, a final evaluation in which public opinions can be presented that will be taken into consideration, before the final composition of the group is closed.

“The last 30 years have highlighted the global threat to public health and the economy that poses the emergence of pathogens with Pandemic and pandemic potential,” they signed in an editorial published in the journal science the main leaders of WHO. “Many factors interfere with the risk of future emergencies, such as climate change, ecosystem transformation and increased urbanization. A new disease can appear at any time and the world needs to be better prepared”, defends the text.

The six remaining members of the new committee are Dutch virologist Marion Koopmans, Russian researcher Vladimir Dedkov, Sudanese epidemiologist Elmoubasher Farag, Danish virologist Thea Fischer, English epidemiologist John Watson and Hung Nguyedel of the Livestock Institute in Kenya. Among the rest, the Cuban María Guzmán stands out in a list made up of experts from more than twenty nationalities.

In recent days, China has announced that it will analyze tens of thousands of blood samples stored in Wuhan in the months prior to the coronavirus’s appearance, a step many experts regard as critical and coming after months of calls for greater transparency to Beijing. WHO-appointed experts, however, will not have free access to test results, according to early information.

The samples, which can reach 200,000 according to some sources, have already been identified by the first WHO expert committee as essential to determine how, when and where the virus jumped to humans. Although the direct jump from bats – a natural reservoir of coronaviruses – to humans is possible, most experts consider it more likely that some species not yet identified was an intermediate step.

The tubes are stored at the Wuhan Blood Bank and will allow, following the date they were stored, to obtain an almost daily analysis of when people infected and with antibodies against the virus started donating blood, a sign that the infection was already over.

The samples “were withheld for two years”, according to Chinese law, providing that they could be requested in some legal process related to the donations they come from. That two-year period ends just now, coinciding with the months of October and November, when, according to all experts, SARS-CoV-2 began to circulate in and around Wuhan undetected. The samples will be analyzed when they are two years after their date of origin and they are released from their legal impediments.