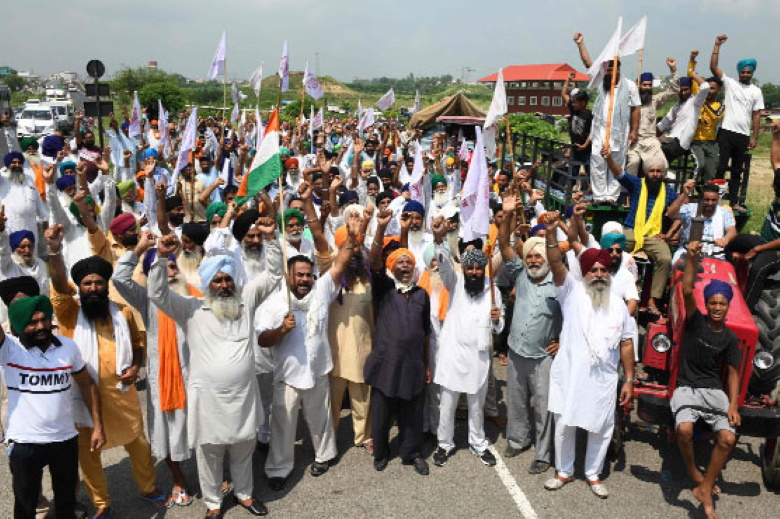 “We have decided to repeal all three farm laws. We will start the constitutional process to repeal all the three laws in the parliament session that starts at the end of this month,” Modi said in an address to the nation.

“I appeal to all the farmers who are part of the protest… to now return to your home, to your loved ones, to your farms, and family.”

“Let’s make a fresh start and move forward,” he added, appealing to farmers on Guru Purab, the birth anniversary of Guru Nanak, the founder of Sikhism.

Thousands of farmers — many of them Sikhs from the northern agrarian Punjab state — have been camped out on the borders of the capital New Delhi since November 2020 in one of the biggest challenges to Modi’s government.

About two-thirds of India’s 1.3 billion population draw their livelihood from farming and the sector has long been a political minefield.

Modi’s government said the reforms would help fix a sector that it says is massively inefficient.

But farmers feared the changes would have left them at the mercy of big corporations.

The protests took a violent turn in January when a tractor rally in Delhi transformed into a rampage that left one farmer dead and hundreds of police officers injured.