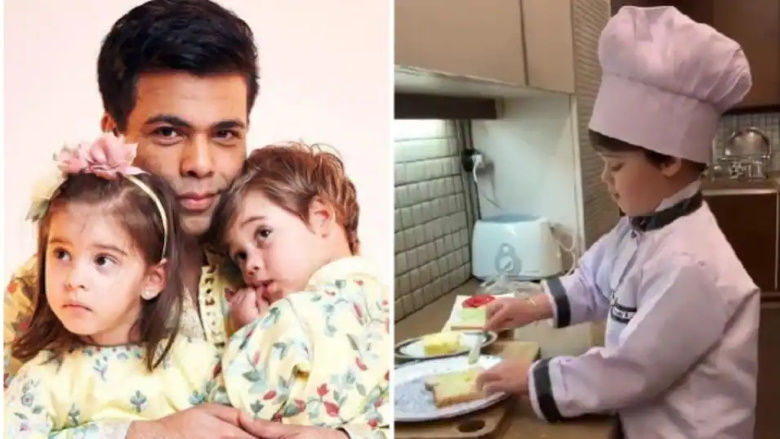 Bollywood film maker Karan Johar has shared a new video of his son Yash making a snack. In the video, Yash is seen talking with someone on a video call. Seeing the video, it seems that the person on the video is training them to make sandwiches. In the video, Yash is looking very cute in a safe hat. This post of Karan has become viral as soon as he shared the video. Fans of Bollywood stars are also stunned after seeing this cute video of Yash. Stars are showering a lot of love by commenting on Karan’s post.

Sharing the video of his son Yash on Instagram, Karan Johar wrote in the caption with a red heart emoji – Our house is safe! Chef Yash Johar! It can be seen in the video that Yash first puts a lot of butter on the bread and then decorates it with tomatoes and onions and different things.

took a break from social media

Last year Karan was often sharing videos of his son Yash and daughter Roohi, but after the sudden death of actor Sushant Singh Rajput, he was trolled on social media, after which he took a long break from social media. . Talking about work, Karan is soon busy shooting for the love story of his upcoming film Rocky and Rani. Through this film, Karan is once again returning to the world of film direction. The last time he directed the film ‘Ae Dil Hai Mushkil’ was in 2016.