Shred Shreedhar, producer and director of ‘In Our World’, is all set to release his animated film on human trafficking, on December 10th, Human Rights Day. Titled, Reena ki Kahani, the nine-and-a-half-minute film brings into focus the horrors of human trafficking; the agents of which lurk amongst us, always on the prowl to trap their next victim.

Based on the real-life story of Reena, the film traces her path from being a girl with dreams to her entrapment into the flesh trade and subsequent rescue. The film also sheds light on the different vulnerabilities that facilitate such crimes, like false promises and the lure of a better life to the clever targeting of girls from weaker sections of society who dream of a brighter future. It showcases how traffickers use conniving ploys to prey on possible victims and earn a livelihood through these criminal deeds. At another level, this film is also a story of survival, giving insights into how such situations can be detected and avoided; also, how to identify victims and oppressors. Made by Shreedhar’s studio Shred Creative Lab in collaboration with Vihaan, an anti-human trafficking NGO, Reena Ki Kahaani is a must watch for parents, children and care-givers to understand potential threats and guard themselves and their loved ones from such evils that masquerade as benign help amongst our very own circles.

Human Rights Day is celebrated world over on December 10th to uphold and raise awareness about the social, cultural, and physical rights of every human being on earth.

About the film, Shred Shreedhar said, “I hope that with this film, a heinous crime like human trafficking gets talked about more in the mainstream media. We have films on various social issues. Human trafficking for sex trade, bonded labour and slavery is a billion-dollar industry that gets lost in the news items. More importantly, people need to be aware on how to identify vulnerabilities and threats.”
Regarding the release of the film on such a significant day, Shreedhar said, “What better day to highlight this reassuring story of courage and human grit in the face of a brutal violation of human rights and spirit? Nothing celebrates Human Rights Day as the rise and triumph of the human spirit in Reena’s story.”

The team from Vihaan, an NGO which has rescued over 4700 survivors of human trafficking, is glad to have the voice of this survivor reach the multitude, many of whom fall into the clutches of the traffickers due to their naivety.

Samir Baptist, CEO of Vihaan said, “Poverty is one of the main reasons for trafficking in persons and this situation has been highly aggravated due to the pandemic as many people have lost their jobs and source of income. We thank Shred and his team for taking up this issue and hope to see this film reach the masses.” The film will be released on Shred Creative Lab’s social media handles – FB – @shredcreativelab; Instagram – @shredcreativelab; YouTube – @Shred Creative Lab. 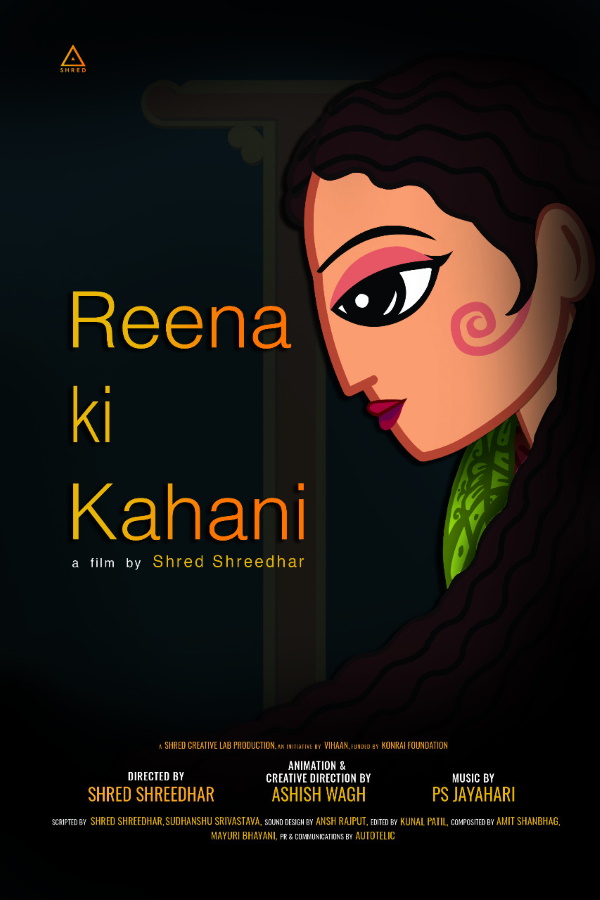