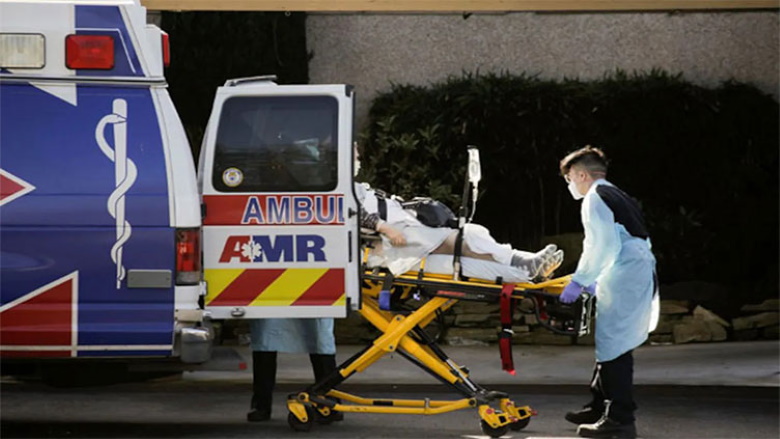 The figure is greater than the entire population of several states, including North Dakota and Alaska.

Democrats Nancy Pelosi and Chuck Schumer, who lead the House of Representatives and Senate respectively, as well as House Republican Leader Kevin McCarthy and other members of Congress held a moment of silence on the steps of the Capitol building Tuesday evening.

“On this day… we will remember that 800,000 loved ones did not make it this far: a lost father or grandfather, mother or grandmother, a friend, a familiar face in the neighborhood,” Schumer said in a statement.

“All of us know of someone whom this disease has taken away.”

Around 450,000 of the deaths occurred in 2021, despite highly effective vaccines that were first authorized in December 2020 and widely available by springtime.

The vast majority of the deaths have been among the unvaccinated.

According to official data, the risk of dying from Covid-19 was 14 times higher among people who had not been fully vaccinated, compared to those who had, in September, the latest month analyzed.

Vaccinations picked up during the fourth wave of the disease, driven by the Delta variant, and more than 60 percent of the country s 332 million people are now fully vaccinated — though the United States still lags behind other wealthy nations.

The country is now into its fifth wave, with the epicenter in colder northern states, as people gather more often indoors.

Omicron, the latest variant of concern that has caused worldwide alarm since it was first reported in South Africa in late November, now accounts for around three percent of US cases, but that is expected to rise rapidly, as has been seen in other countries.

Even if early data suggesting the variant causes milder illness in most people is confirmed, its increased transmissibility and ability to overcome prior immunity may negate this advantage, by infecting far more people.

Health authorities are urging everyone over 16 to get a booster shot to restore immunity to levels comparable to two doses against earlier strains.