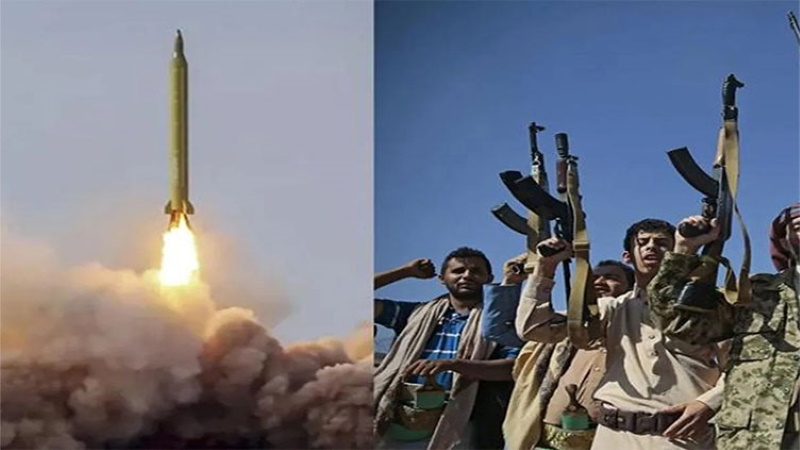 SANAA  – Yemeni rebels fired missiles at the United Arab Emirates and Saudi Arabia Monday, with the US mobilising to help intercept them and a Saudi-led coalition hitting back by blowing up the insurgents  launchpad.

The latest intra-regional exchanges of fire propelled into a second week a sharp escalation of hostilities stemming from Yemen s civil war, where Saudi Arabia, the UAE and others support the government against the Iran-backed Huthi rebels.

US Central Command said later on Monday that its forces at Al-Dhafra airbase near Abu Dhabi “engaged two inbound missile threats with multiple Patriot interceptors coincident to efforts by the armed forces of the UAE.”

“The combined efforts successfully prevented both missiles from impacting the base,” it said in a statement, adding that US forces suffered no casualties. The UAE, like Saudi Arabia, is an important US ally and Al-Dhafra also hosts French forces.

Nobody was hurt in the attack, which came a week after the Huthis killed three people in a drone and missile assault on Abu Dhabi, triggering a volley of deadly air strikes on Yemen.

Separately, missiles were fired on Saudi Arabia in regions bordering Yemen, with two people wounded in Jazan, and another missile intercepted over Dhahran al-Janub, also in the kingdom s southwest.

Riyadh on Monday condemned the latest attacks, calling on the international community “to put an end to this hostile behaviour”.

The UAE said an F-16 fighter jet destroyed a Huthi missile launcher in Al-Jawf in northern Yemen at 4:10 am (0110 GMT), “immediately after it launched two ballistic missiles at Abu Dhabi”.

Abu Dhabi released a black-and-white video of the attack in Yemen, showing an explosion followed by a large fire that sent up plumes of thick smoke.

UAE presidential adviser Anwar Gargash tweeted that the Emirates was “an impenetrable dam against forces of darkness and terrorism” and the Organisation of Islamic Cooperation (OIC) condemned the attacks on the UAE and Saudi Arabia.

The UAE is “ready to deal with any threats” and is “taking all necessary measures to protect the state from all attacks”, the defence ministry said.

Yemen s seven-year conflict, which has directly killed more than 150,000 people and displaced millions according to the United Nations, entered a dangerous new phase over the past week.

“We are ready to expand the operation during the next phase and confront escalation with escalation,” Huthi military spokesman Yahya Saree said in a televised statement.

He said the Huthis targeted Al-Dhafra airbase as well as “vital and important” locations in the Dubai area. The UAE did not report an attack on Dubai.

Huthi spokesman Mohammed Abdulsalam warned in a televised interview Monday the rebels would target UAE military and economic institutions if it “does not stop its blatant interference” in Yemen.

While the rebels have frequently attacked Saudi Arabia, the UAE is a new front in a conflict that also saw the Huthis earlier this month hijack a UAE-flagged ship in the Red Sea, saying it was carrying weapons.

The hijacking came after the insurgents were driven back by UAE-trained forces in a key province of Yemen.

But last week s Abu Dhabi attack — the first deadly assault on UAE soil acknowledged by the Emiratis and claimed by the Huthis — was a shock for the UAE, usually an oasis of calm in the often volatile region.

The US embassy in the UAE issued a statement Monday urging its citizens in the Gulf country “to maintain a high level of security awareness”.

Reprisals were swift and severe. Fourteen people died in a coalition air raid on Sanaa last week, and at least three children were killed in an attack on Hodeida that also plunged the country into an internet blackout.

The coalition denied carrying out a strike on a prison in the northern city of Saada, the rebels  home base, that killed at least 70 people and wounded more than 100.