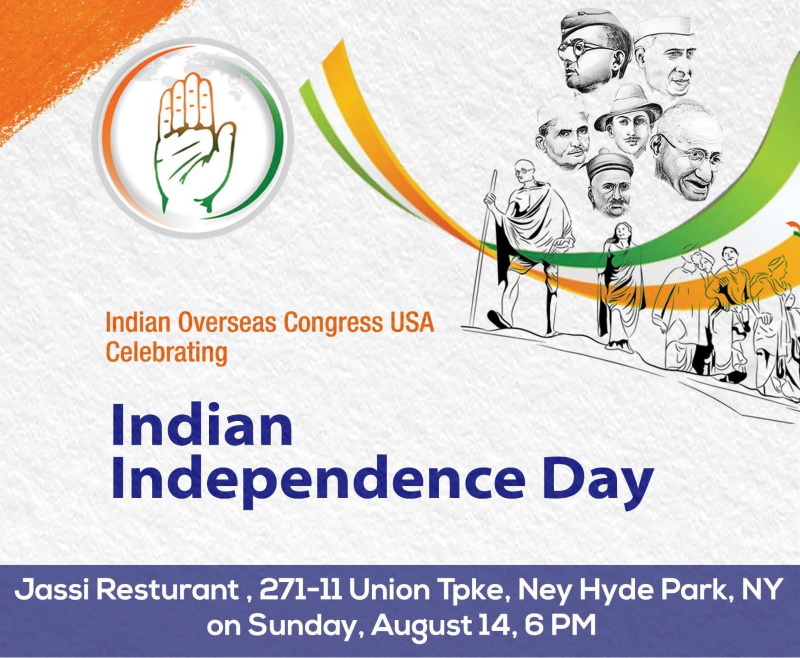 As India is celebrating its 75th Independence Day, the Diaspora worldwide is joining in the festivity with parades, proclamations, and plays. Undoubtedly, there is so much to celebrate for getting freed from the yoke of colonialism and the clutches of the British. The independence was won under great leaders such as Mahatma Gandhi, Jawaharlal Nehru, Subhash Chandra Bose, and Sardar Valla Bhai Patel. But the freedom struggle also saw contributions from so many unsung heroes whose lives have remained away from the limelight. Some others, such as Bhagat Singh, Sukhdev Thapar, and Shivaram Rajguru, paid the ultimate sacrifice for the nation with their own lives. They all deserve our eternal gratitude for their grit and ceaseless efforts that brought us victory.

However, becoming independent necessarily doesn’t mean that one is free. Freedom is, in fact, the autonomy of expressing views in public places against the government and having the right to go everywhere with anyone, wear anything of their own choice, and believe or not to believe in any religion while affording protection from the state for life and property. Are these true in Today’s India? If one’s answer is negative, they may pay tribute to those warriors for the independence but may have already lost the Freedom or may be on the verge of losing it.

If we have Independence and Freedom, we are assured of living in Liberty. Ronald Ragan, the 40th President of the United States, once said, “Freedom is never more than one generation away from extinction. We didn’t pass it to our children in the bloodstream. It must be fought for, protected, and handed on for them to do the same, or one day we will spend our sunset years telling our children and our children’s children what it was once like in the United States where men were free.”

As India celebrates its 75th Independence Day, there is little doubt that individual liberties guaranteed under the constitution are steadily vanishing while the judiciary that is supposed to protect personal freedom and the rule of law is finding common ground with the Executive branch that is increasingly set on a  path towards majoritarian authoritarianism. It has been said that “democracy dies in darkness,” and the provisions in India’s constitution, like the one in the U.S., are like “parchment barriers – fragile bulwarks intended to preserve liberty. To be effective, these barriers need to be respected by the government and ordinary citizens alike both in law and custom.”