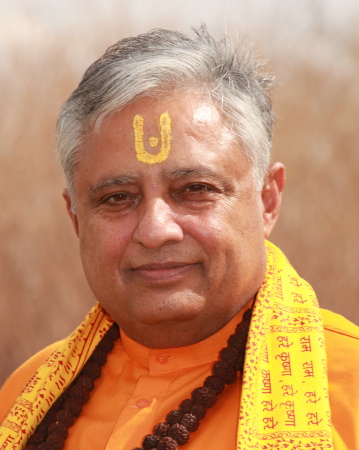 Hindus feel that it is time for the British monarch to drop the “Defender of the Faith” title, which was coined in the 1500s.

Britain was a multi-religious, multi-denominational and pluralistic society now and there were a substantial and growing number of non-believers. For a monarch, all subjects should be equal, while titles like this seemed to create a class structure and were highly irrelevant in 21st century; distinguished Hindu statesman Rajan Zed stated in Nevada (USA) today.

Moreover, monarchy should not be in the business of defending the faith. If some still thought that there was need to defend the faith, it should be left to individual religions and denominations and organizations of non-believers; Zed, who is President of Universal Society of Hinduism, indicated.

If King Charles III sincerely felt that all belief systems needed to be endorsed and shielded in an inclusive society, he should invite and allow equal time at his coronation to various religions and denominations to say prayers and conduct sacred rituals; and to non-believers to say appropriate greetings; Rajan Zed noted.

Zed further said that monarchs were fully entitled to their personal beliefs and religious practices, but they should not proclaim religious preferences in the public domain and promote one denomination over the others or give preferential treatment or unfair privileges. Charles III was the king of all subjects, diverse believers and non-believers alike.

If the monarch declared public allegiance to one denomination, did it not send the signals that subjects who did not belong to that denomination were less than full-fledged citizens or step-citizens? Rajan Zed asked.

We were no longer in the 1500s. It was reportedly a drastically different faith landscape right now: people with “no religion” were rising, the number of worshippers was dropping, and many religious buildings had gone out of service. If monarchy wanted to remain relevant in the current multi-religious and non-believer society, it had to move with the times and reflect the aspirations of all subjects; Zed pointed out.

Faith or non-belief or spirituality of each citizen was equally valuable and pertinent, and monarchy should respect that; Rajan Zed emphasized.

The Archbishop of Canterbury Most Reverend Justin Welby, who was a learned person well aware of the religious landscape of the United Kingdom and the Commonwealth, should advise King Charles on this issue accordingly; Zed suggested.

“Defender of the Faith” term should also be taken out of the coinage, Rajan Zed added.

British and Commonwealth Hindus were a hard-working, harmonious and peaceful community and had made a lot of contributions to their nations and society and continued to do so. They wished King Charles III the best and offered their wholehearted support to him as he embarked upon his journey as a King, Zed said.