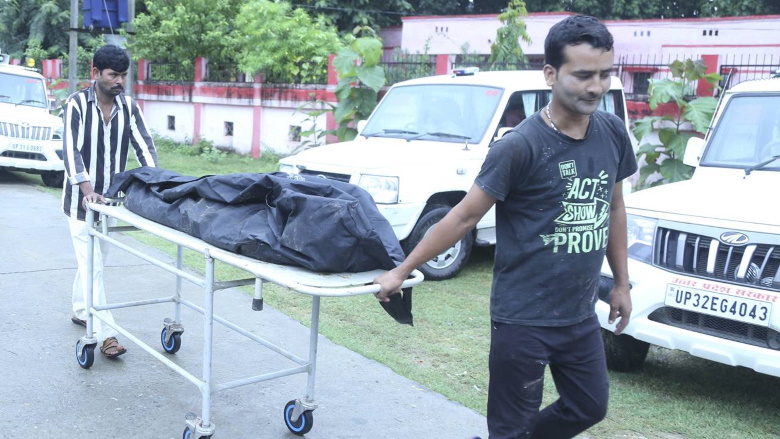 New Delhi: The brother of two teenage Dalit girls, who were allegedly raped and murdered in Uttar Pradesh’s Lakhimpur Kheri district, remembers his sisters as ambitious and supportive. The elder sister, who was 17, had left education midway and was taking care of the ailing mother. The other wanted to complete her studies and earn for the family.

“After our mother had her uterus operation six months ago, my sister was worried and wanted to stay at home to look after her. She quit her studies for that reason,” the brother told PTI. Six men were arrested on Thursday in connection with the alleged rape and murder of the two teenage sisters who were found hanging from a tree in a sugarcane field.

“She was quite meritorious and wanted to support the family by doing a job,” the brother said, remembering his 15-year-old sister as “very ambitious”. “My youngest sister was studying in Class 10. She always used to say that she wanted to do a job and earn for the family. She was good in studies and I wanted her to complete her education,” he said.

Police sources said the post-mortem report revealed that the girls were raped and then strangled. Lakhimpur Kheri Superintendent of Police (SP) Sanjiv Suman told reporters that according to the preliminary probe, the girls had left their home on Wednesday afternoon with two of the accused, Junaid and Sohail.

He said both were in a relationship with the two sisters, who insisted on marriage, after which they were strangled. Dismayed by the statement of the police official, the brother alleged that the police have “presented a fabricated story” in order to “save themselves from embarrassment” in the case.

“The police are presenting fabricated stories for their own benefit. They are lying. My sisters were abducted and they never knew those men. None of us knew them. Hence, I never even had an idea that my sisters’ lives could be in danger,” he said.

He demanded a “death sentence” for the culprits. “I have lost my two sisters and I demand justice for them. The death sentence should be given to the perpetrators,” he said.

The brother, who used to work in Himachal Pradesh, moved to Delhi a few years ago. He worked at a private factory and had returned home about a month ago.

Though the girls’ father, a landless labourer, has expressed satisfaction over the police probe, the victims’ kin demanded a government job for a family member, adequate compensation and the “death sentence” for the accused.

District Magistrate Mahendra Bahadur Singh said necessary action is being taken to provide Rs 8.25 lakh compensation each to the two girls’ kin under provisions of the SC/ST Act. The administration will forward the family’s other demands to the state government, he said.

Earlier, the victims’ mother had lodged a complaint with the police, alleging that three motorcycle-borne unidentified youths, along with her neighbour Chhotu, stormed into their hutment and abducted her daughters.

After the incident came to light, villagers staged a demonstration at Nighasan Crossing. Police personnel in large numbers were deployed to ensure law and order in the village.

Police have registered a case against the six accused under Sections 302 (murder), 323 (voluntarily causing hurt), 376 (rape) and 452 (house-trespass after preparation for hurt, assault or wrong­ful restraint) of the Indian Penal Code and the Protection of Children from Sexual Offences (POCSO) Act.

The girls’ burial took place in a field near their home as their community buries the dead rather than carrying out the cremation if the deceased are minors.