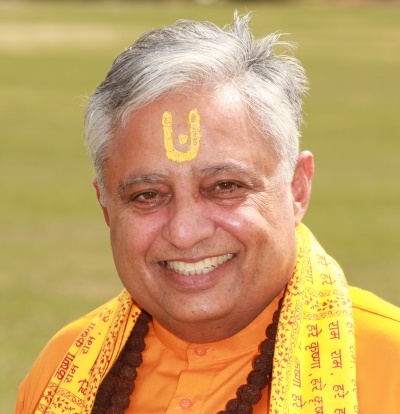 Besides the Utah State Senate and Utah House of Representatives; Zed, who is President of Universal Society of Hinduism, has read opening-prayers in 17 county commissions/councils, and 90 city/town councils. These include the most populated counties Salt Lake (about 1.146 million) and Utah; and the least populated Daggett County (only about 590). These also include highly populated cities of West Valley and Provo and slightly populated Lynndyl (about 84) and Independence (about 143). The other two highly populated cities—Salt Lake City and West Jordan—do not begin their day with invocation.

Rajan Zed is scheduled to read opening-prayers in the city councils of Orem (May 24), Bountiful (May 24) and Hyde Park (May 25). He has read the invocations in person, over the Zoom (and other video-communication apps) and telephone (including cellular phone).

Zed delivers the invocation from ancient Sanskrit scriptures. After Sanskrit delivery, he then reads the English interpretation of the prayers. Sanskrit is considered a sacred language in Hinduism and the root language of Indo-European languages.

Rajan Zed recites from Rig-Veda, the oldest scripture of the world still in common use; besides lines from Upanishads and Bhagavad-Gita (Song of the Lord), both ancient Hindu scriptures. He starts and ends the prayer with “Om”, the mystical syllable containing the universe, which in Hinduism is used to introduce and conclude religious work. After Om, Zed recites Gayatri-Mantra, considered the most sacred mantra of Hinduism. For most of the legislative bodies, it has been their first Hindu prayer.

Reciting from Brahadaranyakopanishad, Zed says “Asato ma sad gamaya, Tamaso ma jyotir gamaya, Mrtyor mamrtam gamaya”; which he then interprets as “Lead us from the unreal to the real, Lead us from darkness to light, and Lead us from death to immortality.” Reciting from Bhagavad-Gita, he urges elected representatives and others present to keep the welfare of others always in mind.

Rajan Zed, a global Hindu and interfaith leader, has been bestowed with the World Interfaith Leader Award. Zed is Senior Fellow and Religious Advisor to Foundation for Religious Diplomacy, on the Advisory Board of The Interfaith Peace Project, etc. He has been panelist for “On Faith”, a prestigious interactive conversation on religion produced by The Washington Post; and produces a weekly multi-faith panel “Faith Forum” in a Gannett publication for over 11 years.

Zed points out: I believe that invocations like mine strengthen society, display respect for religious liberty and pluralism, and offer opportunities for creating harmonious communities. These also provide scope for positive dialogue; which brings us mutual enrichment, assists us to see interconnections and interdependencies, helps us overcome the prejudices- stereotypes-caricatures and create bridges of understanding.

Petitioning/pleading the God through prayer for common good helps us to grow in holiness, whichever religious perspective the prayers come from. Since all life comes from God, prayers help to link us to God, with the expectation that God hears us and blesses us; Rajan Zed adds.

He has felt heartily welcomed wherever he went in Utah to read invocation, Zed indicates.

Hinduism, oldest and third largest religion of the world, has about 1.2 billion adherents and moksh (liberation) is its ultimate goal. There are about three million Hindus in the USA.