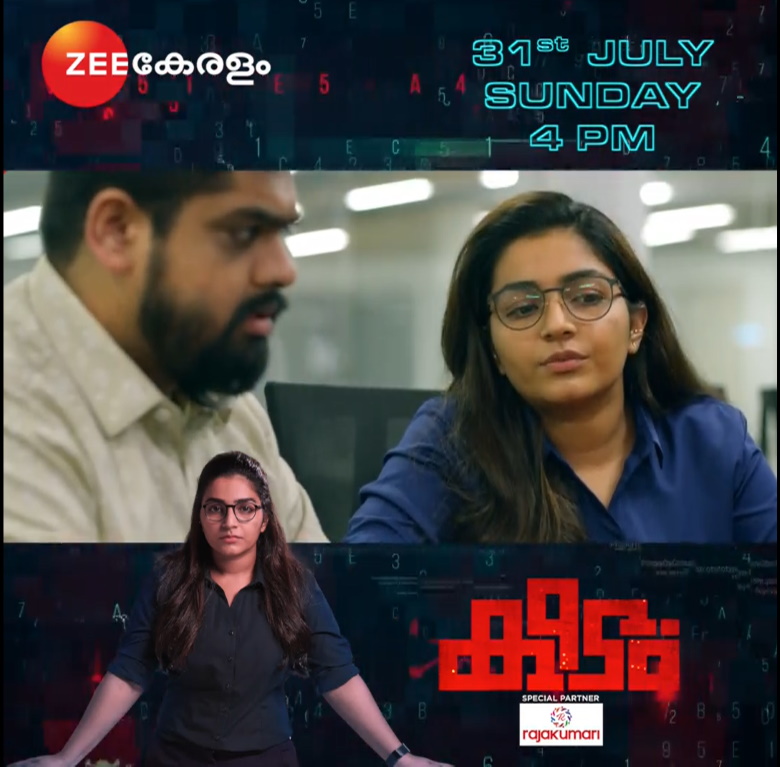 Kochi: Keedam, the critically-acclaimed Malayalam movie starring Rajisha Vijayan in the lead, will be premiered on the Zee Keralam channel on July 31. The film has been scheduled to be telecast at 4 PM on Sunday.

Starring Rajisha Vijayan in the lead, the film that falls in the cyber crime genre is written and directed by Rahul Riji Nair. The film has Radhika Balan, an expert cyber security professional, who stands firm on the ethics of her profession. Her life turns topsy-turvy when a rich client demands her services to snoop into the personal communications of his wife so as to add strength to his divorce case. Though a large amount of money is offered, Radhika is unwilling to act on the whims of her client. However, things turn worse when a bunch of goons make life tough for her and her lawyer father (played by veteran actor Sreenivasan). The plot revolves around how Radhika arms herself with her intelligence to thwart the evil men.