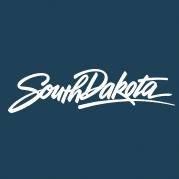 Hindus are emphasizing that proposed Social Studies Standards for South Dakota classrooms should include comparative religion; if the state government is genuinely interested in developing well-nurtured, well-balanced, and enlightened global citizens of tomorrow.

Zed indicated that learning about the religions of “others” reportedly reduced intolerance, isolationism, misunderstandings, stereotyping, suspicion, etc.; and enhanced amity, chances of assimilation and integration of diverse communities, cross-cultural religious communication, dialogue skills, economic success, empathy, goodwill, harmony and social tolerance in the society, interaction among diverse groups, peace, religious and cultural literacy, social stability, etc. It would show that we had more in common than in conflict, provide us better understanding of shared values and sources of differences, help us accept co-existence and make more informed decisions, etc.

Rajan Zed further said that despite our seriously different faith traditions, we should learn to understand and respect others and their beliefs in this increasingly diverse nation. As religion was powerful and complex and it impacted various aspects of our society; basic understanding of “other” religions was urgently needed. Besides similarities, students also needed to be more educated about our differences to develop goodwill in the communities.

Moreover, introducing comparative religion would help develop global competence skills which would be an asset for South Dakota students in the future globalized workplaces, Zed added.

Hinduism is the oldest and third largest religion of the world with about 1.2 billion adherents. There are about three million Hindus in the USA. Rajan Zed has read invocation for Rapid City Council.