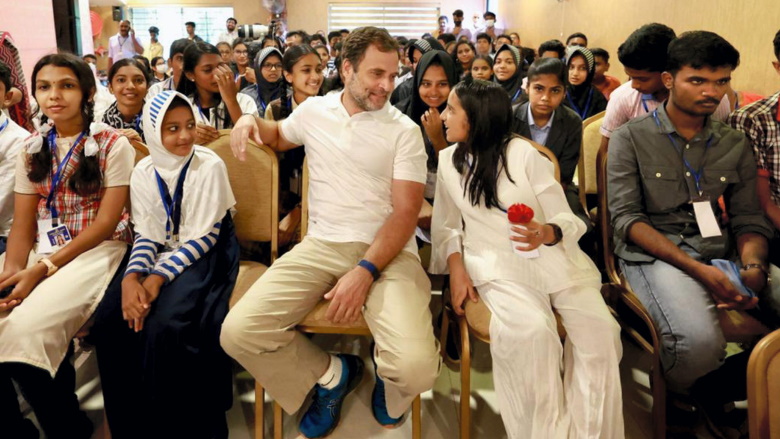 Kollam: Congress’ Bharat Jodo Yatra will now resume from Kerala’s Kollam on Friday after a one-day break on September 15. Taking Twitter on Wednesday, Congress leader Jairam said that the Padyatra will resume on Friday.

The yatra completed its seventh day on Wednesday which was started from Navayikkulam in Kerala’s Thiruvananthapuram. On the seventh day, Rahul Gandhi interacted with students at Chathannur in the Kollam district.

“As we conclude the first week of #BharatJodoYatra today, with the distance covered and souls we connected with, our commitment grew stronger, our goal became clearer, and our family grew larger. This is the power of truth; the power of oneness,” the Congress said.

Before starting the march from Navayikkulam, Rahul Gandhi paid his respects to social reformer Sree Narayana Guru at Sivagiri mutt in Kerala.

The Yatra is in its Kerala leg and would traverse through the state for the next 17 days. The 3,500-km march from Kanyakumari to Kashmir will be completed in 150 days and cover as many as 12 states.

From Kerala, the Yatra will traverse through the state for the next 18 days, reaching Karnataka on September 30. It will be in Karnataka for 21 days before moving north. The Padyatra (march) will cover a distance of 25 km every day.

Rahul Gandhi on Tuesday said that the spirit of the Bharat Jodo Yatra is to bring Indians together irrespective of religion, community and remind them that this is one country and it will be successful if we stand together and are respectful towards each other.