US President Joe Biden, who was the oldest individual to be inaugurated when he was sworn in January 2021, is telling everyone he plans to run for reelection in 2024, but most Democrats aren’t sure he will follow through on that plan. 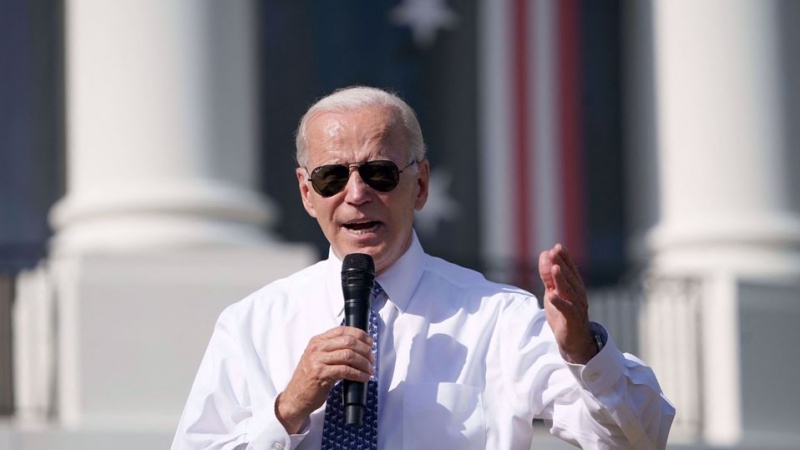 Biden, who has suffered a dip in his job approval ratings in recent months, has been telling advisers and staff he plans to run again in 2024. Biden would be 82 at the start of his second term if reelected.

Cedric Richmond, the former Democratic lawmaker and Biden White House official, said definitively the plan is on when it comes to Biden and 2024.

“He’s running and we’re building an infrastructure for him to run and win,” Richmond told NBC this week. “Right now, it’s all an early investment in 2024 while we’re helping 2022.”

However, a number of Democrats have cast their doubts.

If Democrats lose the House but keep the Senate majority, will Biden decide to stick with his stated plans and be the party’s nominee?

Democrats are talking behind the scenes, and talking about the possibilities, debating the pros and cons of a Biden run.

“I think a lot of the mystery is we’re all beholden to the never-ending political news cycle, and Trump announced for reelection like three minutes after taking office, but it’s not unusual for a president to be waiting until after the midterms to announce,” said Democratic strategist Eddie Vale, urging Democrats to stay calm.

“I think a lot of people who were speculating about him not running were bed wetting because of insanely far out poll numbers and/or have a different preferred candidate, but every indication seems to me he’s running,” he said.

Biden said in June he “would not be disappointed” to face Trump in a rematch. Last week, Vice President Harris also reiterated that view.

“The president has been very clear that he intends to run again,” she told Chuck Todd on NBC’s “Meet the Press.” “And if he does, I will be running with him proudly.”

A majority of Democratic voters say Biden should not run for the White House in 2024, according to a new poll.

Sixty percent of Democrats said they believe Biden can gain a victory if he does contest the election in 2024.

Whereas, 59 percent think former President Donald Trump “deserves reelection” and should be the Republican nominee.

An incredible 82 percent of Republican voters think Trump could win the 2024 election.