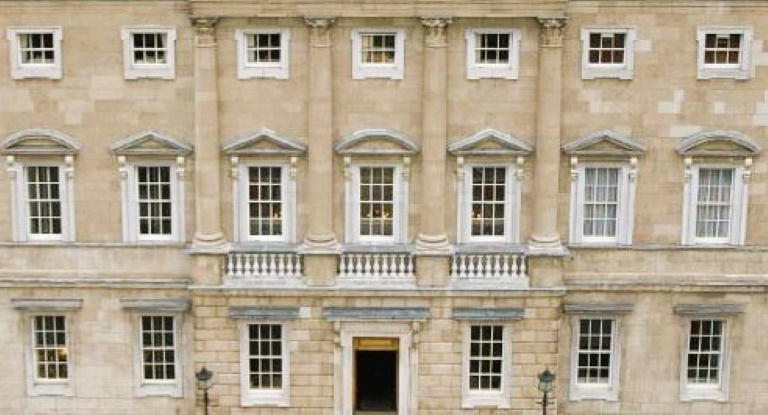 Both the houses of the Parliament (Oireachtas) of Ireland, Dáil Éireann (House of Representatives) and Seanad Éireann (the Senate), have turned down requests to have Hindu opening-prayer in one of their sessions.

As per Standing Orders, at the commencement of each sitting, Ceann Comhairle of Dáil Éireann and Clerk of Seanad Éireann, in their respective houses, read the following prayer: Direct, we beseech Thee, O Lord, our actions by Thy holy inspirations and carry them on by Thy gracious assistance; that every word and work of ours may always begin from Thee, and by Thee be happily ended; through Christ Our Lord. Amen. According to reports, proceedings of the first Dáil on January 21, 1919 began with prayer.

Hindu statesman Rajan Zed, who wrote to Dáil Éireann Ceann Comhairle and Seanad Éireann Cathaoirleach requesting that he be scheduled to read opening-prayer in one each of their sessions and received the denials; feels that it is simply a case of blatant unfairness, exclusionary attitude, discrimination; and does not speak well of a democratic and highly developed nation like Ireland.

Adherents of minority religions and non-believers, who had made a lot of contributions to Ireland and continued to do so and paid their share of the taxes, thus felt left out by this monopoly on prayer. Not allowing prayers of minority religions in the Parliament seemed like efforts at belittling these faiths under government patronage; Zed, who is President of Universal Society of Hinduism, pointed out in a statement today.

Democratic governments should not be in the business of promoting one religion and excluding others and non-believers and thus infringing upon the human rights of minority religions and non-believers; Rajan Zed, who has opened both the United States Senate and US House of Representatives in Washington DC with Hindu prayers, emphasized.

Zed further said that Standing Orders handling the prayer in the Dáil Éireann and Seanad Éireann needed to be urgently changed as we were well into 21st century and Ireland was much more religiously diverse now as compared to 1919.

Rajan Zed suggested that it was time for the Ireland Parliament to move to multi-faith opening prayers. Since Ireland Parliament represented every citizen irrespective of religion/denomination/non-belief, it would be quite befitting in this increasingly diverse nation to do a rotation of prayers representing major religions and including slots for thoughts of non-believers.

Zed was of the view that existence of different religions was an evident symbol of God’s generosity and munificence. Ireland Parliament should quest for a unity that hailed diversity.

The National Parliament of Ireland, located in Dublin, consists of the President and two Houses—Dáil Éireann and Seanad Éireann—whose functions and powers derive from the Constitution of Ireland enacted on July one, 1937. Seán Ó Fearghaíl is Dáil Ceann Comhairle, which currently has 160 members; while Mark Daly is Seanad Cathaoirleach, which has 60.