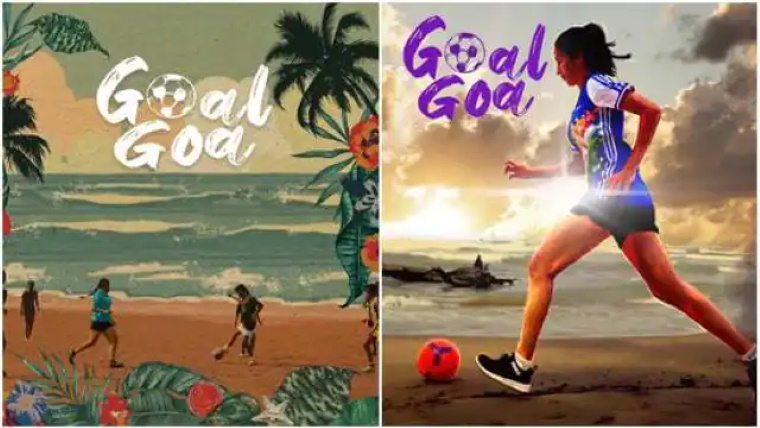 Goa’s fun, location and the heartfelt style of the corridors have been shown well in many films. But do you know that apart from Fenni, Fish, the people of Goa are also addicted to football. Yes, such an addiction which is beyond the limits of passion and this passion is ready to be shown by director Lisa Hedloff in the feature film ‘Gol Goa’.

This one-hour feature film, promoting football stalwarts , depicts the struggle of Goa’s first woman coach and the unique journey of taking the sport to the national level. Not only this, the madness of today’s young generation girls has also been shown about the football game. The biggest thing is that this feature film is being promoted with great enthusiasm like Ederson Santana, Fernandinho, Chelsea, Neil Maupay, Thomas Tchell, Tyron Mings, Thomas Perty, Adam Lallana and Nathan Ferguson.

The way to beat Kovid To
get rid of the corona epidemic, people do not know why people are avoiding applying the corona vaccine, in such a situation these players are saying that take two shots of the vaccine and play football. It is said that in Goa, where people can pay any price to play football, this unique initiative of vaccination through football is bringing a new revolution in Goa. So that more and more people can play football by taking 2 doses of the vaccine and can also beat the epidemic like corona.

When and where to watch
Feature film ‘Gol Goa’ featuring all the real life sportspersons from 28th October to 30th October will be seen in ‘D.V. ‘D National’. Apart from this feature film U. Will also be telecasted on ‘BT Sports’ in K.