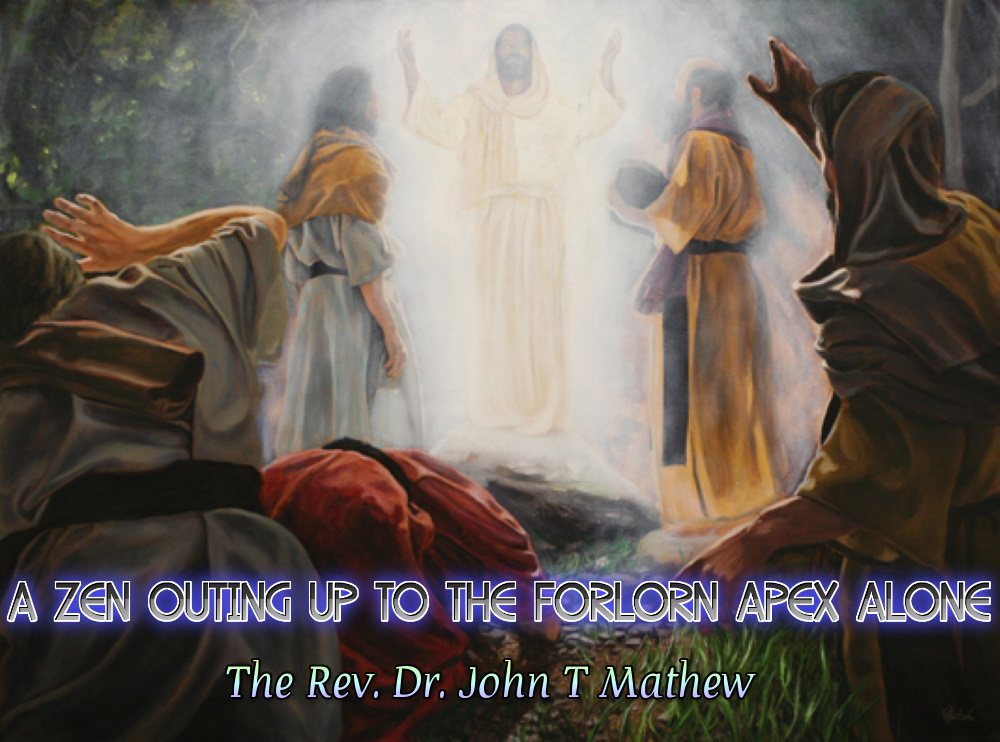 Mountains are both enthralling and inspiring. First celebrated climbers of the forlorn Sagarmatha were Tenzing Norgay and Edmund Hillary. Theophanies happen when you are alone up on a mountain. Noah’s ark came to rest on a mountain in Ararat. Moses experienced holiness on a hill. So did Muhammad on Hira. Siddhartha left his regal palace for the valley of Dukkha.

The cowed author of Psalm 121 looks up the hills forcalm, comfort andcomposure. Caleb, confidante of Moses and Joshua, prayed for ‘this’ mountain and emboldened his people to conquer the land.

The story of transfiguration in the triumvirate narratives highlights how the disciples propositioned to linger in the company of transfigured Jesus away from the community in the bleak ravine! SørenKierkegaard stated: the Good News of Jesus was a life to be lived; not a shot of distilled dogma to get drunk.

The spectacle of the city from Arthur’s Seat was a mesmerising distraction from yawny books. Scaling the Hohe Tauern Mountains near Schloss Mittersill and the mountains of Nagaland are refreshing. Listen to seminal mountain song, “You raise me up, so I can stand on mountains”. Mountaineering has its teaching moments. Bucolic landscapes of valleys and mountains are an enduring experience of which we are a transient component.

On the hills of New Zealand nature transmogrified in me galvanizing gratitude that reminded me of William Blake’s words: “Great things are done when men and mountains meet.” “Over and on to the next” has been the secret of Normal Lear’s ingenious long life. I chased my own dreams as I moved to the wild and wicked west to sing “Over the next Hill” with Johnny Cash. 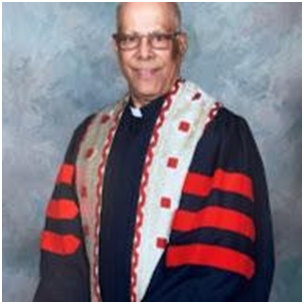 The knolls we create to climb – flashes of genius of family, education, pedestals, profits, jaunts, honors and entitlements are followed by cascades of downward flights, floods of failures, torrents of tears!  Young scholars crave for life-changing prospects at world class schools; for me it was thrill of a life time to read philosophy – an ingress to a horizon of knowledge.

Compassion is derived from  (womb) to show mercy.  My first Sunday at Harvard Memorial Churchin the autumn of 1991, the minister welcomed the congregation with a zinger. “Blessed are the meek; they shall inherit the earth”; and “the meek went to Princeton and Yale.…. we are here.” It is good to have teachers who own up their imperfections and welcome sceptical queries. Harvard was a place where teachers were ingenious and strained while students promenaded around as if they climbed the top!

People who live a frenetic life trying to do too many things at once need an escape from their self-inflicted rat race by choosing to retreat to a hideaway striving for soul-searching, dhyana or Zen time. Also, it is imperative that we return to the community to share the refreshing insights and uplifting experiences with others.Annie Dillard cautions us “You’ve got to jump off cliffs all the time and build your wings on the way down.”

Our house was sandwiched in between a dale and a drop. There are vantages in living up hillside of a mound very similar to my first theological college on an artificial slope known as The Mound above Princess Street Gardens and the Scott monument near Edinburgh castle. We would gaze at the neighbours strolling to the market or bus stops or churches and temples, view visitors or transients or pilgrims passing through our town. For me, in spite of staph infections that aided the bacteria to invade deeper into my heart, and my siblings climbing up and down the ridge was an apt workout to keep us fit. Walking up and running down became part of circadian chores.

When a four-year long devastation of the world’s most powerful democracy almost disfigured it into a banana republic, the lifeline words of Amanda Gorman’s poem ‘The Hill We Climb’ became a Beatitude of instant moksha.

“If we merge mercy with might,and might with right, then love becomes our legacyand change our children’s birthright So let us leave behind a countrybetter than the one we were left with.”

Why would Jesus lead his divinely drained disciples high up a mountain alone? Why do people risk and lose their lives mountain climbing? Jesus was transfigured at Mount Tabor or Mount Hermon where Moses and Elijah appeared in the presence of his disciples. To be closer to the Holy One is to be with those experienced that holiness before us. Therefore, spirituality is all about discovering meaning in manifestations and discerning metaphors of the presence of God up alone on higher places in our journeys. That’s what Maya Angelou teaches us in her Panglossian poem

Out of the huts of history’s shame

I rise……Welling and swelling I bear in the tide.”

One of the rare blessings in such journeys is to encounter those who have gone ahead of us up on high mountains. I recall meetig Malcom Muggeridge, Kenneth Galbraith, Charles Merrill, Arthur Miller andDesmond Tutu. We don’t have to climb all the highest mountains in the world; however, we must rise up to higher places to figure out our destiny in the company of those who have been there before us.Friedrich Nietzsche’s words strike a chord “In the mountains of truth, you never climb in vain.”

Over the years in pastoral ministry in Canada, Scotland and New Zealand besides teaching a few courses at a local university provided me an advantage, perhaps a competitive edge to enjoy life-long learning and circle the globe. A few unsung colleagues turned green with envy and explicitly clued-up that I was making more dough than the rest! Maybe more globe-trotting as well! However, I never sought advice or any assistance from anyone; in hindsight, I was not competing with anyone. I stayed tight with my purpose and did my thing. When Mother Teresa was offered a shot in the arm by a woman, she replied, ‘Find your own Calcutta’. In other words, ‘Thanks, but no thanks.’  Didn’t Jesus say to the wiseacres in Bethany, “You will always have the poor among you”?

Sure, a pro bono isolation accompanied my hiking up to the cusp of academia for years; imagine taking flight in frigid January from Sudbury in Northern Ontario to the balmy Phoenix, Arizona or Santa Fe, New Mexico or Orlando, Florida. It is in our nature to look for hills or create them to climb up as Henry Wadsworth Longfellow puts such innate chutzpah in plain words,

“The heights by great men reached and kept …….
were toiling upward in the night.”

Why do faith communities engage in competitive strategies, analyses and balances as well as bureaucracy and low overheads? A few flushed posse of prelates flaunting a bit of amour-propre had an ecumenical susurrus on the latest SUVs they would like to purchase; however, a self-effacing Roman Catholic bishop took the wind out of their sails by telling them that he enjoyed driving the rugged end to end of the Scottish Highlands in his twelve-year old clunker with no chauffeur!

Francesca Gino cautions: ’When your nerves get the best of you, change the narrative.’ Mountaineers crawl up. Highest mountains sit on a mudflat in the valley. Our pylons of triumphs and pits of defeats slow us down to assess how we welcomed, appreciated, loved and cared for others.

The Rev. Dr. John T. Mathew is an ordained minister in The United Church of Canada who served several urban and rural congregations in Ontario, Canada since 1974 and taught in the Department of Religious Studies, Laurentian University, Sudbury, Ontario. Mathew was awarded Merrill Fellowship at Harvard Divinity School and served as Pastor-Theologian at the Princeton Center of Theological Inquiry. He was Ecumenical Guest Minister (2010) at St. Machar’s Cathedral, Aberdeen (Church of Scotland) and Interim Minister with the Presbyterian Church of Aotearoa New Zealand (2015-2017).