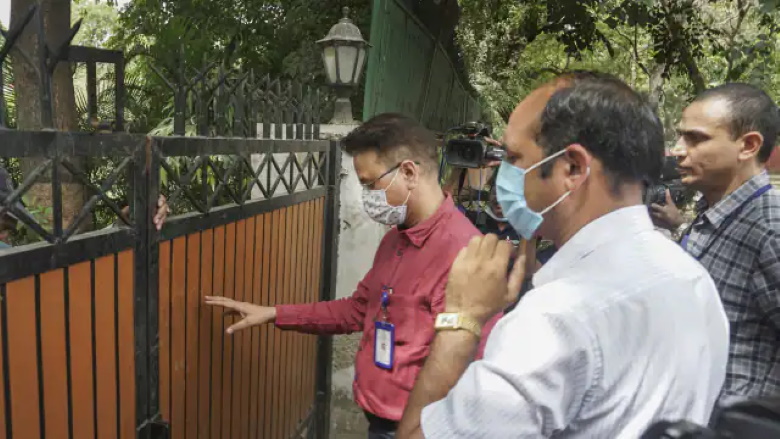 CBI tightens noose on Karti Chidambaram
CBI has registered a case against five accused including private persons based in Chennai, Mumbai, private companies based in Mumbai, Mansa (Punjab) etc. and unknown public servants and private persons. They are accused of taking a bribe of Rs 50 lakh to get visas for Chinese employees for a project. Investigation is on in the matter. On Tuesday, searches are being conducted at around 10 places including Chennai, Mumbai, Koppal (Karnataka), Jharsuguda (Odisha), Mansa (Punjab) and Delhi etc.

Officials said that in this case, the CBI has alleged that Karti Chidambaram was paid 50 lakhs for getting visas to 263 Chinese employees in July-August 2011 for the 1980 MW Talwandi Sabo power project during the tenure of the UPA government .  At that time P. Chidambaram was the Finance Minister of the country. Also, officials said that a contract was signed with a Chinese company to set up a power project in Punjab’s Mansa, but its work was running behind schedule. The project required workers, but only a limited number of foreign nationals could be granted work permits. It is alleged that the company approached Karti, who took advantage of his influence to get the visa in violation of the authorized number.

The officer said that this investigation against Karti was started after getting some relevant leads during the investigation of INX Media case. Karti is also facing criminal charges for allegedly getting Foreign Investment Promotion Board (FIPB) clearance for foreign investment in INX Media. Officials said that during the investigation of the transaction, the CBI came to know of a suspicious amount of Rs 50 lakh, which was allegedly taken to get visas to Chinese workers working in a plant.

Karti tweeted without giving detailed information, now I have forgotten to count how many times this has happened? Maybe it will be a record. He later tweeted that his office had updated him about the CBI raids. He wrote, “My office has reported that twice in 2015, once in 2017, twice in 2018 and today. That is, a total of six times the CBI reached their places.