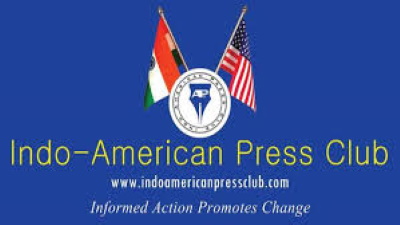 The Indo-American Press Club, the largest organization of Indian descent journalists operating in North America since 2014, is pleased to announce the swearing-in ceremony and inauguration of new office bearers for the years 2022-2024 on Saturday, May 21 from 5pm to 8pm. This induction ceremony is organized at the Indian Consulate in New York. Ambassador Randhir Jaiswal, Consul General, will be the chief guest inaugurating the event at the Grand Ballroom of the Consulate.

The new Board of Directors, including Chairman Kamlesh C Mehta and Secretary Ajay Ghosh, and members of the IAPC National Executive Committee led by President Aashmeeta Yogiraj and General Secretary CG Daniel will be sworn in at the ceremony.

The event, which will be attended by a number of dignitaries, including former New York City Mayor Bill de Blasio and several other elected officials, will surely go down in IAPC history. The closing ceremony will include an entertainment feature by the Arya School of Dance, NY, followed by a sumptuous dinner.

The hybrid event will also be streamed simultaneously on social media platforms.

Your participation and valuable support is requested – please attend this magnificent event in person or virtually Live. 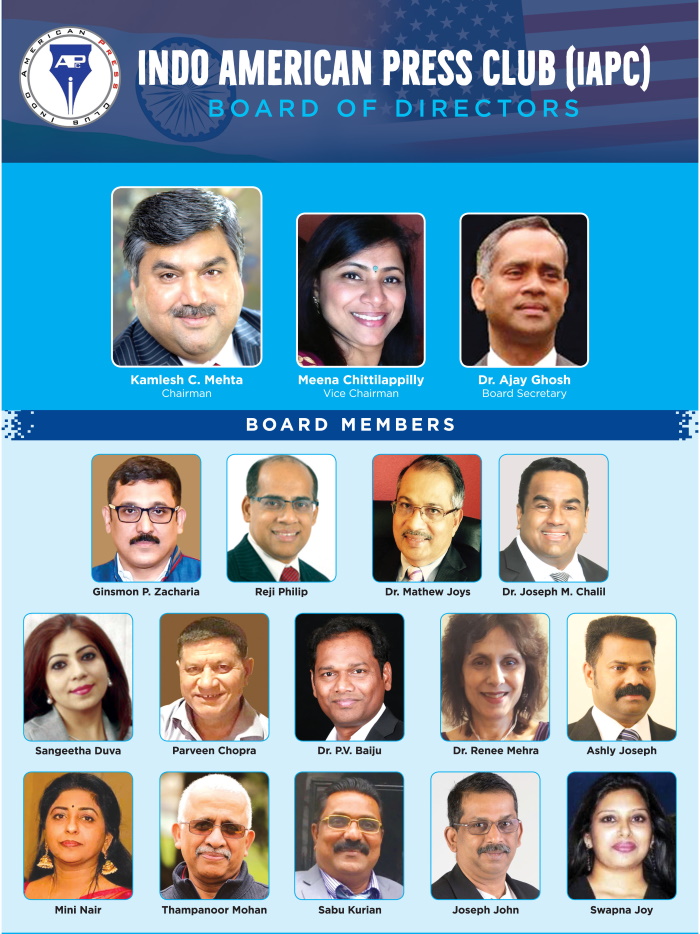 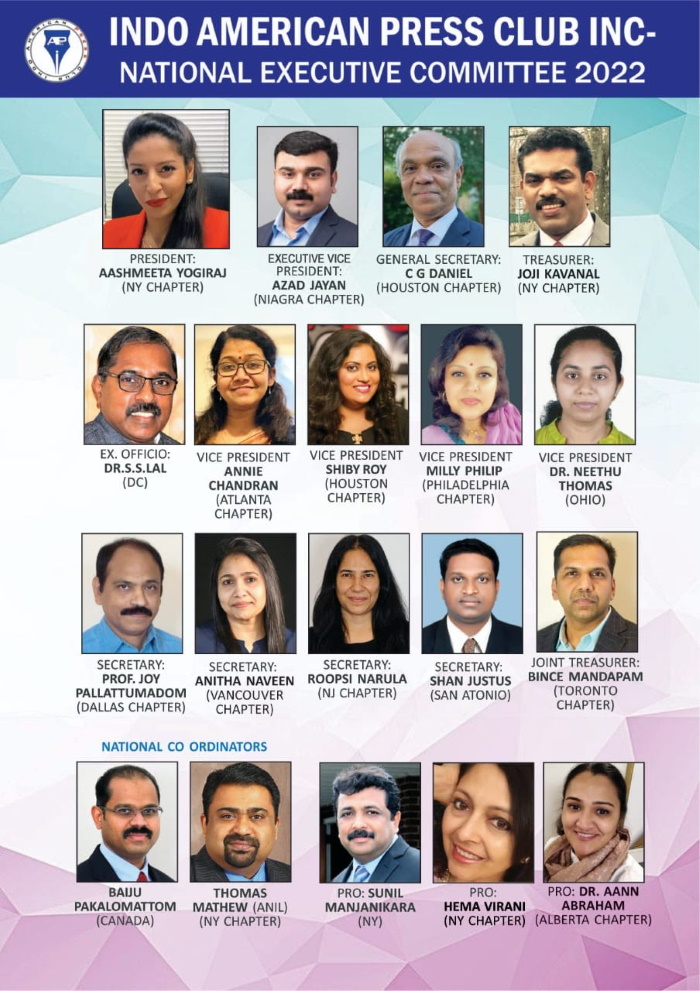